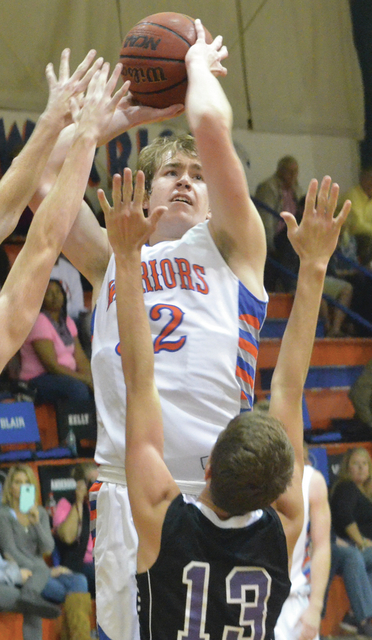 The LaGrange Academy basketball teams will return to the court today after a two-week break to kick off the region portion of their schedules.

LaGrange Academy will be at home against Oak Mountain, with the girls’ game set to begin at 6 p.m., and the boys’ game to follow at 7:30 p.m.

It’ll be the first of two regular-season meetings between the two schools, who are both a part of GISA Region 1-AA.

LaGrange Academy’s boys’ team is off to a nice start with a 3-1 record.

The Warriors split a pair of games with Trinity Christian, and they beat Colonial Hills and Griffin Christian.

Senior post player Whit Moreman has been putting up big numbers, averaging more than 20 points per game, and junior Lincoln Anderson, who transferred from Callaway High, has been getting it done as well.

It’s a veteran team with weapons all over the court, and the Warriors head into region play with high expectations.

“The guys are playing hard,” LaGrange Academy head coach Britt Gaylor said earlier this season. “They love being around each other. They absolutely just have great team chemistry already, which is great. I love being around them. As long as we continue that, we’re going to be fine.”

Nearly every player on the team is getting her first significant taste of varsty action this season, so it’s a work in progress.

The Lady Warriors (0-4) head into today’s game looking for their first win.

“It’s a good group. It’s a good team. They enjoy being together,” LaGrange Academy head coach Mike Petite said. “We’ve had great practices, great attitudes. Everybody is excited to be at practice every day. They’re looking forward to it. They’re going hard, they cheer for each other, and I enjoy it every single day.”