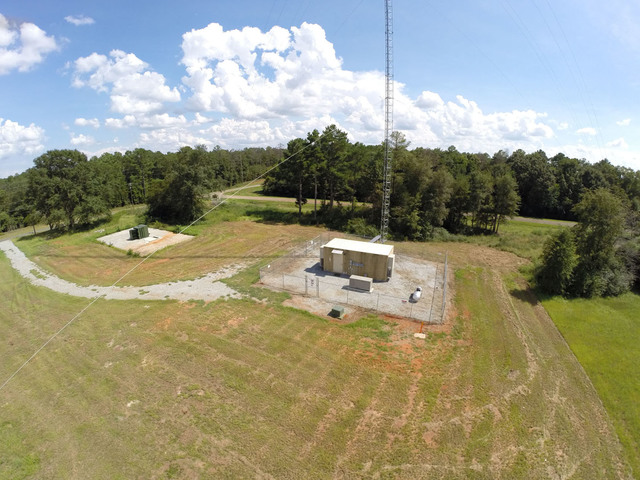 Over the past five years, Diverse Power has constructed a fiber optics network that has played a crucial role in making 4G LTE a reality in the rural areas served by the cooperative, which has built 17 radio towers throughout its 14-county service area.

http://lagrangenews.com/wp-content/uploads/sites/37/2015/12/web1_WEB1206Diverse02.jpgOver the past five years, Diverse Power has constructed a fiber optics network that has played a crucial role in making 4G LTE a reality in the rural areas served by the cooperative, which has built 17 radio towers throughout its 14-county service area.

LaGRANGE — For outreach initiatives and service to thousands of residents in west central and southwest Georgia, Diverse Power was recently named EMC of the Year and presented the 2015 Georgia EMC Community Service and Volunteerism Award.

“The contributions by Diverse Power are so numerous that it’s difficult to capture all of them,” says Bill Verner, senior vice president of External Affairs with Georgia EMC. “But it’s safe to say that at every level in the organization, the responsibility to serve is enormous and contributions reach every corner of the community — whether it’s through civic, cultural, educational or humanitarian assistance.”

According to Verner, Diverse Power and its employees are major contributors to the state as a whole, providing leadership in education, school and youth programs, charitable giving and community support.

To demonstrate the depth and extent of giving, Verner praised the cooperative for the numerous ways in which they give: expanding radio network coverage to improve safety in its communities, introducing members to cost-saving electric vehicles and continuing a legacy of support for educating youth.

For example, Diverse Power last spring awarded a record number of scholarships through the Diverse Power Foundation when it presented 44 high school seniors with individual $3,000 scholarships for secondary education. Since 2003, Diverse Power has invested more than $1 million in local education by awarding 217 students with scholarships and presenting area schools with grants for innovative instructional programs.

The electric cooperative further supports five schools as a Partner in Education, and each year, as school gets underway, Diverse Power distributes planner to teachers and pencils to students in schools throughout its 14-county service territory. It was partly due to this commitment to education that the LaGrange-Troup County Chamber of Commerce named Diverse Power its 2015 Large Business of the Year.

In 2015, Diverse Power made it a priority to inform members about the noteworthy improvement and viability of electric vehicles by inviting local car dealerships to exhibit electric vehicles at their annual meeting. To promote the environmentally-friendly electric vehicles year-round, the co-op purchased its own Nissan Leaf.

On another front, Diverse Power recently updated its radio system, bringing together its fiber network, radio licensing and towers with the state-of-the-art TETRA radio system to enhance not only its own communications but the community’s as well. Diverse Power joined forces with Harris County earlier this year to share a mission-critical radio system, a joint venture that saved funds for both the co-op and county while creating an advanced radio system with a larger coverage area that vastly improves communications for the county’s emergency providers.

In addition, Diverse Power continued this year to makes its presence known throughout its new Pataula District, which the cooperative acquired in 2014. Diverse Power has worked to become a vibrant part of its new communities in southwest Georgia by improving electric service in the region and introducing its education and philanthropic programs to benefit members.

In October, Diverse Power demonstrated its commitment to a long-term relationship with the Pataula District by breaking ground for a new office building in Cuthbert. The new building will replace the current Cuthbert office built in 1955. The new complex will cover about 10 acres of a 23-acre parcel and feature a 20,000-square-foot facility with offices and board room, warehouse and covered parking shed; garage with shop, wash bay and fuel island; and pole yard and transformer pad. The $4.5 million project is expected to be complete by fall of 2016.

The purpose of the Georgia EMC Community Service and Volunteerism Award is to spotlight the outstanding efforts and initiatives electric membership corporations make to build stronger communities. Diverse Power was presented the award during Georgia EMC’s Annual Meeting on Nov. 9 in Savannah.