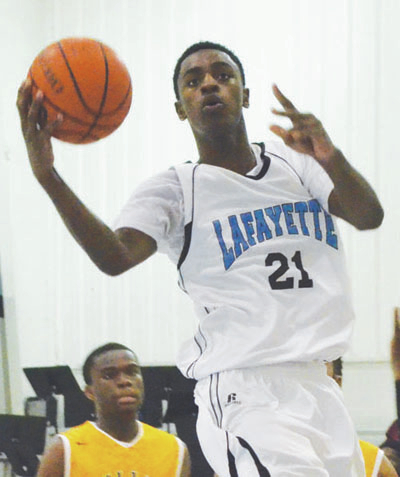 Mobley had a double-double with 24 points and 16 rebounds, and he also had seven steals before fouling out in overtime.

Jemi Reed got it done from his guard position with 21 points, and he also had five steals and five assists.

The Cougars had to come from behind to force overtime.

The Cougars were down by seven points in the third quarter, and they trailed by four points as the final period began.

The Cougars rallied to tie it at 50-50 at the close of regulation, and they cruised in overtime.

In the girls’ game, Lafayette Christian outlasted Heirway Christian 39-36 for its first win of the season.

The Lady Cougars started quickly, taking a 14-4 lead after the opening period, with Rory Kloster getting off to a fast start with 10 points in the first eight minutes.

The Lady Cougars maintainted a nice cushion in the second period, and they were ahead 26-16 at the half.

Heirway Christian came charging back in the third quarter, outscoring Lafayette Christian 13-4 to get within one as the fourth period began.

It remained tight throughout the final period, but Lafayette Christian was able to hang on for its breakthrough win.