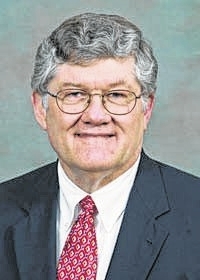 LaGRANGE — After more than twenty years of serving as a superior court judge with the Coweta County Circuit, Chief Judge A. Quillian Baldwin Jr. announced he will retire at the end of January.

In a letter to the Daily News, Baldwin cited “unexpected health problems” as his reason for leaving the bench.

“It has been an honor, a privilege and a blessing to serve the citizens of the Coweta Circuit as a superior court judge,” Baldwin wrote. “I want you to know that each of these judges try their best to make good decisions dealing with very tough issues. Most of the time, their decisions are correct but sometimes they are not. Fortunately we have an appeal process that may be used to correct any errors that we have made. Regardless, I assure you none of these judges take their responsibility lightly.”

Baldwin said he wanted to make sure he also thanked his assistant, Julia Harris, and former assistant, Sheri Watts — and most importantly, his wife, Judy.

“Of course, I must thank Judy, my wife of 51 years, who has gone above and beyond the call of duty,” he wrote in his letter. “Especially her putting up with my health problems over the last several months.

“Finally I want to thank all of you for helping me live such a blessed life,” he added.

Baldwin’s last day on the bench will be Jan. 31.