It’s a work in progress for Lafayette Christian 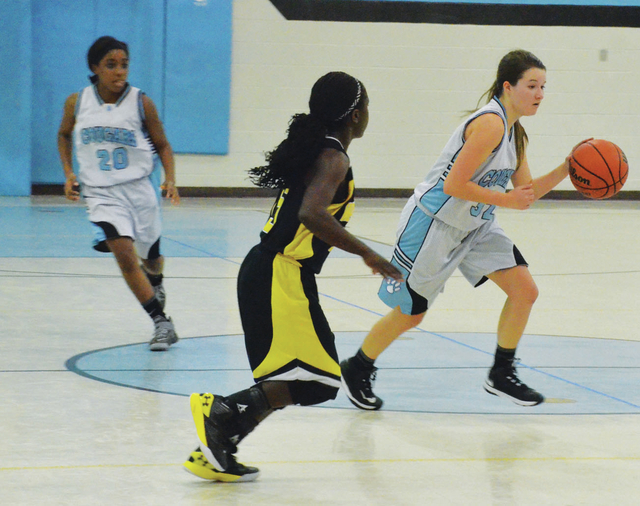 During what was a successful 2014-2015 season, the Lafayette Christian School Lady Cougars relied heavily on Morgan Douglass.

By the time the season was done, Douglass had set just about record in the history of the girls’ basketball program.

Unfortunately for the Lady Cougars, Douglass was a senior last season, and she has now moved on and is playing basketball for Covenant College.

The Lady Cougars have moved on without Douglass, and head coach Paula Johnson said each game is a valuable learning tool.

“We’re regrouping, and we’re progressing as we go,” Johnson said. “We just need to play.”

The Lady Cougars (1-3) played their fourth game on Thursday, and they lost to Skipstone Academy 62-32.

In what has been an issue early in the season, Johnson said turnovers were costly.

“We got relaxed, and started turning the ball over,” Johnson said. “That’s what hurt us is this turnovers, and it leads to fastbreaks.”

The Lady Cougars trailed 17-6 after the first quarter, and they were down 30-11 at the half.

Lafayette Christian picked up the pace offensively in the third period with 15 points before scoring six points in the final quarter.

The Lady Cougars lost their first two games this season before getting a big 39-36 victory over visiting Heirway Christian earlier this week.

The Lady Cougars led 14-4 after the first period, with Kloster getting off to a fast start with 10 points.

Lafayette Christian still led by 10 points at the half before hanging on in the second half.