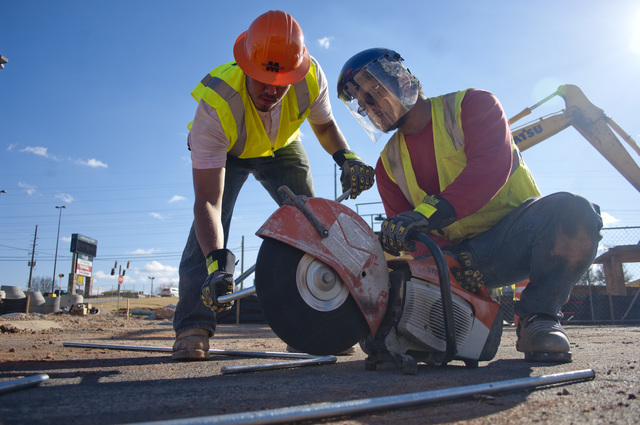 Contractors Adolfo Jaimez, right, and Samuel Nuñez work in the parking lot of the LaGrange Mall on Monday.

http://lagrangenews.com/wp-content/uploads/sites/37/2015/12/web1_MallWork01CMYK.jpgContractors Adolfo Jaimez, right, and Samuel Nuñez work in the parking lot of the LaGrange Mall on Monday. Contractors Adolfo Jaimez, right, and Samuel Nuñez work in the parking lot of the LaGrange Mall on Monday.

http://lagrangenews.com/wp-content/uploads/sites/37/2015/12/web1_MallWork01WEB.jpgContractors Adolfo Jaimez, right, and Samuel Nuñez work in the parking lot of the LaGrange Mall on Monday.

LaGRANGE — The first phase of construction to expand the LaGrange Mall is underway and a new dental office is planned, a spokesperson for the mall’s owner said Monday.

A 35,000 square foot outparcel will be built in the southwest corner of the mall’s parking lot and will house two businesses, according to Coles Doyle, a spokesperson for Hull Property Group, which owns the mall.

“That outparcel will be for Aspen Dental, the other portion of that two-tenant outparcel is yet to be filled,” she said. “We’re working to lease that space.”

Minor work is also being done to the mall’s entrance to accommodate the new building, Doyle said.

The work is part of a planned improvement to the mall after local taxing agencies, including the LaGrange City Council, Troup County Board of Commissioners and school board, approved the creation of a tax allocation district, or TAD. The TAD freezes the mall’s property tax rate and the would-be tax value added from any improvements to the mall property are used to pay off loans used to finance the overhaul’s construction.

For example, if the mall pays $1,500 in annual property tax, and after the renovation the tax value jumps to $2,000, that $500 difference can go toward paying back the construction loans.

The mall’s owners are also planning to add new retailers and restaurants as the renovations progress. A multiphase plan calls for expanding the existing mall and filling empty spaces.

• In the first phase, a national sporting goods retailer could fill the space left by JCPenney in April. That’s in addition to the already ongoing construction of the dental clinic.

• In the second phase, one of two scenarios could play out: in the first possibility, a three-store retail space would be added to the mall adjacent to the former JCPenney space. The spaces would be smaller and have external entrances. Additionally, spaces for five restaurants would be built in the parking lot. In the second possibility, a big-box home furnishings store would be built adjacent to the former JCPenney space and four restaurants would be added to the parking lot.

• A third phase is also possible, but no major plans have been laid out, according to the redevelopment plan presented by Hull. In that phase, more stores — or possibly lodging — could be added to land behind the mall.

Further construction is expected after the first of the year.