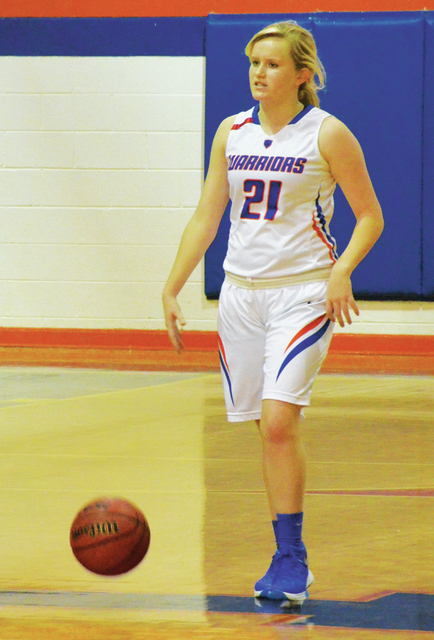 LaGrange Academy’s Colby Heath drives to the basket during the first half of Friday’s game against Furtah Prep. Kevin Eckleberry | Daily News

http://lagrangenews.com/wp-content/uploads/sites/37/2015/12/web1_academy1.jpgLaGrange Academy’s Colby Heath drives to the basket during the first half of Friday’s game against Furtah Prep. Kevin Eckleberry | Daily News LAGRANGE – They’re on the board.

The LaGrange Academy Lady Warriors got past Furtah Prep 32-19 on Friday night to get their first win of the season after six losses.

All five starters from last season’s team that won a region championship and reached the second round of the state tournament graduated, so there has been a learning curve this season.

Petite said the effort has been great in practice, and on Friday that translated onto the court for a game.

“That team, that’s what we look like in practice,” Petite said. “It was intense, getting after it. We did the best job we’ve done all season rebounding.”

Leah Major, the LaGrange Academy player with the most experience, led the way with 13 points, and Ashlee Mains had a double-double with 10 points and 12 rebounds.

“We were getting the ball inside, and she was making her shots,” Petite said of Mains.

The Lady Warriors led 9-4 after the first period, and they were ahead 16-10 at the half.

LaGrange Academy extended its lead to 26-16 through three quarters, and it continued to pull away in the final eight minutes.

In the boys’ game, LaGrange Academy was unable to keep pace with Furtah Prep.

Colby Heath hit a 3-pointer late in the first half to get the Warriors within three after they trailed by 10 points earlier in the second quarter.

Although the Warriors trailed 41-38 at the half, they had momentum.

The second half belonged to Furtah Prep, though, which outscored LaGrange Academy 43-18 in the final two quarters to roll to an 84-66 victory.

“Taking care of the ball, and transition defense were big keys for us going into the game, and we just didn’t do it,” LaGrange Academy coach Britt Gaylor said.

Whit Moreman led LaGrange Academy with 24 points, and D.J. Burks, an eighth-grade guard, had a big game with 13 points, and he made three 3-pointers.

Will Trotter also made three 3-pointers and finished with 12 points.

Despite the loss, the Warriors are still 5-2, and Gaylor said the team will work to correct the things that went wrong in Friday’s game.

“Luckily, it’s early December, and we’ve got a long time to fix it,” Gaylor said. “The guys played hard, and they’re still together. We can fix an correct some of the simple things and we’ll be all right.”