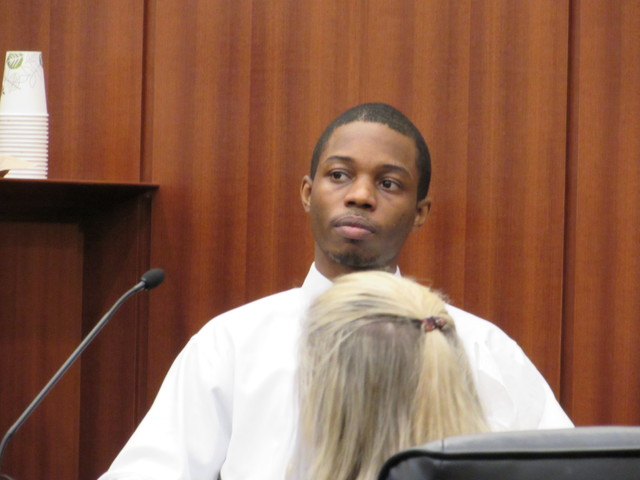 LaGRANGE — The state and defense rested their cases early Wednesday afternoon during the second day of testimony in the murder trial against a LaGrange man.

Demario Antwon Goodrum, 28, of LaGrange, is accused of shooting and killing Tarvanisha Boyd in her Forrest Avenue home in the early morning hours of Dec. 20, 2014, following a reported argument over politics and physical altercation. He then allegedly sped off in his car and crashed it a few blocks away into the side of Berta Weathersbee Elementary School, where LaGrange officers took Goodrum into custody.

Goodrum was the only person called to the stand by his defense attorney, Cliff Rhoades.

He admitted being in Boyd’s home Dec. 20, 2014, with a friend and calling the 25 year old a negative name during the verbal altercation in the kitchen. But he claimed she swung at him first, and when he tried to defend himself, a group of her friends ganged up on him.

“They came at me,” Goodrum testified. “I started backing away with my hands in my pocket until I hit something … I turned around to see what it was and turned back around. She (Boyd) turned towards me with a gun in her hand … she was kind of facing to the right, as if someone gave it to her.”

Check out Friday’s edition for the verdict and reactions by the family of the victim and defendant.