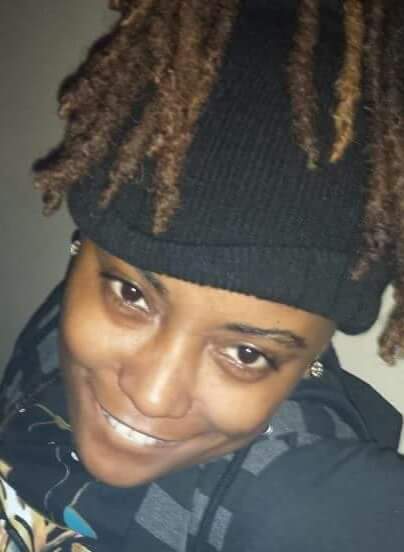 Demario Antwon Goodrum, 28, of LaGrange addresses TarVanisha Boyd’s family and friends Thursday shortly after a jury found him guilty of shooting and killing her on Dec. 20, 2014.

http://lagrangenews.com/wp-content/uploads/sites/37/2015/12/web1_GoodrumDay3-010.jpgDemario Antwon Goodrum, 28, of LaGrange addresses TarVanisha Boyd’s family and friends Thursday shortly after a jury found him guilty of shooting and killing her on Dec. 20, 2014. LaGRANGE — Almost a year after she was murdered in the kitchen of her home on Forrest Avenue, TarVanisha Boyd, 25, and her family finally got justice.

In less than two hours, a jury convicted Demario Antwon Goodrum, 28, of shooting and killing Boyd in the early hours of Dec. 20, 2014.

The jurors found Goodrum guilty on five of the six counts charged against him: felony murder, aggravated assault, possession of a firearm, driving under the influence and failure to stop at a stop sign.

The 28 year old was found not guilty of malice murder, meaning the jury did not think Goodrum went to Boyd’s house with the intention to kill her that morning.

Cries of joy and of sorrow filled the courtroom from both Boyd and Goodrum’s families as the verdict was read by presiding Judge Allen Keeble, also a retired Troup County Superior Court judge.

But Boyd’s father surprised the entire courtroom as he addressed Goodrum, moving many jurors to tears. …

For the full story, pick up Friday’s LaGrange Daily News.