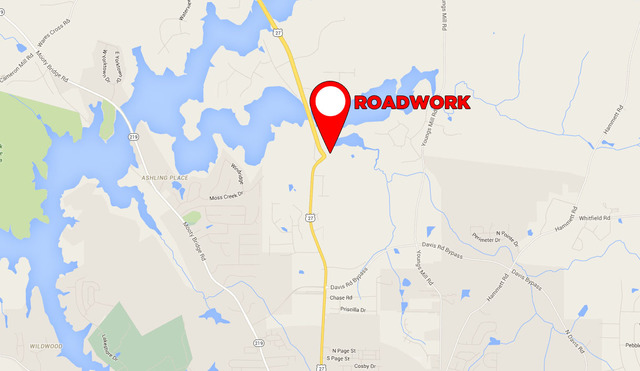 LaGRANGE — Georgia Department of Transportation crews are working to make one of the area’s most infamous curves safer for motorists.

Construction teams are adding several feet of asphalt to the sharp curve on New Franklin Road north of LaGrange to bank the roadway, according to Adam Smith, an engineer with GDOT’s third district in Thomaston.

“The roadway’s cross slope was causing some vehicles to overturn when they were making that turn,” he said. “Hopefully this will make the road safer.”

When the highway was widened more than a decade ago, engineers planned to connect to the LaGrange bypass system, but that plan fell through due to concerns about funding and environmental impact, Smith said. Because the bypass connection was never completed, the road was left with a slope that didn’t angle properly. The work being undertaken now should help fix the problem and lead to less overturned vehicles.

Modern roadways have a crown that slopes about 2 percent downward from the center of the road, explained James Emery, a roads engineer with the Troup County government.

On sharp curves, that slope is changed to allow better traction for vehicles and decrease the likelihood of a roll-over crash, Emery said. He likened the design to the familiar sloped tracks at raceways.

Smith said the roadwork will likely be completed after the holiday season.