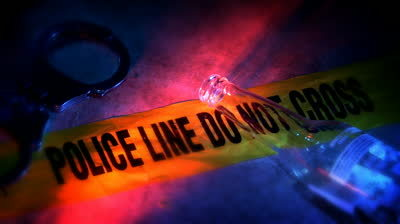 Both men are charged with murder and aggravated assault. They are currently in the Meriwether County Jail being held without bond.

According to investigators with the Meriwether County Sheriff’s Office, deputies responded to a shooting about 10 a.m. Saturday in the 100 block of Allie Road in Greenville.

Law enforcement officers said they found one person dead behind the home and another suffering from a gunshot wound to the lower extremities, which wasn’t life-threatening. Smith said the victim was transported by EMS to a nearby hospital for treatment.

According to the sheriff, Meriwether County investigators and agents with the Georgia Bureau of Investigation the deceased man was identified as John Joseph Lamey, 45, with a California address.

Smith said investigators were also able to recover the suspect’s vehicle in the 700 block of Marble Road in Gay. The vehicle was allegedly altered by the suspects in an attempt to conceal the original description given out by Meriwether County 911 during a look out, Smith stated.

“Our investigation revealed that this matter was not random,” Smith added. “We still have an active investigation ongoing with additional persons of interest to track down.”