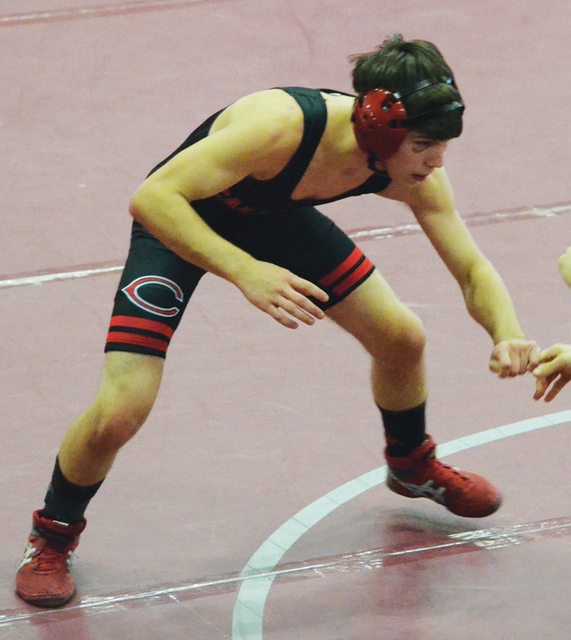 HOGANSVILLE – Another tournament, another championship for Callaway’s Justin Kiss.

After winning the Chattahoochee River Wrestling Association tournament in Carrollton, Kiss was back on the mat last weekend for the Hardaway Invitational in Columbus.

Once again, it was Kiss emerging victorious.

Kiss capped his tournament stay by beating Will Harp of Northside with a pin to claim the top spot in the 113-pound weight class.

It was also a successful tournament for Callaway’s Khaliq Swift, who finished fourth in his weight class.

Swift’s biggest win came in his first match when he upset the number three seed, and he only lost by one point to the eventual tournament champion.

No other Callaway wrestler placed, although Andrew Thomas and Matthew Wingate both won matches before falling in the consolation semifinals.

Callaway placed 10th out of 20 teams.

Callaway will return to action next week for the Gary Silva Invitational that will be held on Dec. 29 and Dec. 30 at Gardner Newman Middle School.

Callaway will then have a dual match at Upson Lee on Jan. 5 before heading to Pepperell High School in Rome for the area duals on Jan. 9.