Troup County mother: ‘It took a lot for me to let my kids go’ 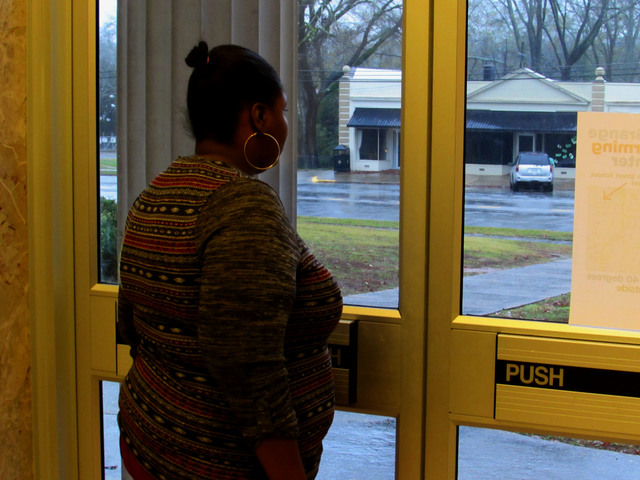 ‘Jean’ said she turned to the Safe Families program after falling behind on bills and was in danger of being homeless. With the help of program coordinator Candi Gibson, she temporarily turned over custody of her two youngest children to two host families, until she could become more financially stable and find suitable housing.

http://lagrangenews.com/wp-content/uploads/sites/37/2015/12/web1_sf1.jpg‘Jean’ said she turned to the Safe Families program after falling behind on bills and was in danger of being homeless. With the help of program coordinator Candi Gibson, she temporarily turned over custody of her two youngest children to two host families, until she could become more financially stable and find suitable housing.

Reporter’s Note: The names of the client and the host families have been changed to protect their identities and confidentiality, which is a part of the Safe Family program.

It was the day she said goodbye to her two youngest children — ages 4 and 1 — and allowed Candi Gibson to temporarily place them with in the hands of two loving, yet completely unknown families she had never met before.

“I’m not a bad parent,” Jean said. “I’m just a person living my life. My grandfather died, I was helping my grandmother pay her bills … then I got behind on my own bills … I was going to be evicted. I was working all the time. After that, I just got tired. I thought, ‘I just can’t do it anymore. I’m exhausted.’”

Jean joined Safe Families, placing her faith in complete strangers to take care of her children while she took care of herself, and got back on her feet.

She said that first night was the worst.

“I was so upset. I was nervous. I felt like my life was gone,” Jean stated.

But within a few days, through Gibson, the coordinator for Safe Families, Jean was able to learn about the people who were caring for her children, known in the program as “host families.”

Ashley and Natalie each had one of Jean’s children. They made sure the kids felt loved and at home — took them to school, on outings with their own families, to church — plus focused attention on Jean as well.

“We text and call her just to support and encourage her,” explained Natalie. “We love on her, share scripture with her, send pictures of the kids everyday so she still feels connected to them on a daily basis.”

Safe Families is a program that falls under the umbrella of Twin Cedars Youth and Family Services. It started in Troup County in August 2014, and Gibson said the program has helped four families and seven children through hosting, mentoring and counseling.

According to Mike Angstadt, executive director of Twin Cedars, Safe Families is an international, christian-based program that is in 41 states across the U.S., plus in Canada and the United Kingdom.

Angstadt said the purpose behind Safe Families is based on the biblical meaning of hospitality.

“It’s about opening up your homes to complete strangers,” he explained. “The early church was known for this … you could tell who the Christians were, based on their actions and their hospitality.”

Gibson said the main difference between the families they serve and the ones helped by the state Division of Family and Children Services, or DFCS, boils down to a piece of paper.

Typically, when DFCS is called, a report has been filed or complaint made about issues involving families — from suspected child abuse and neglect to unsanitary living conditions.

Safe Families, guided by state law, will step in when a family is in crisis and isolated. Gibson said it might be a situation like Jean’s, where the parent needs a short respite to become financially stable, or a parent is hospitalized and has no one to care for their children.

“Safe Families is designed to take those children in for a short time,” she explained. “But then to have a relationship with them and the parent long term.”

“We want to stabilize the family and to let them know it is okay to ask for help,” Angstadt added. “Just because they ask for help, doesn’t make them any less of a parent in God’s eyes. We (Safe Families) value you and support you.”

“It took a lot for me to let my kids go,” said Jean. “But now I am working on getting affordable housing. Now I can save money and eventually, I can hopefully give back to others like these people have given me.

“It’s been a lot of ups and downs, but its all been for the good,” she continued. “I miss my kids so much, but I wouldn’t trade a moment of it. And I know Natalie and Ashley will always be around … I always tell them we’re stuck together.”

“It’s been wonderful,” Natalie said. “Ashley and I both said it’s been a blessing for us to get to know her (Jean).”

Safe Families and host families invite folks like Jean — complete strangers — into their lives and homes, shower them with support, love and encouragement, and do not ask for one thing in return.

While Oct. 25 may have have been one of Jean’s worst days, she said one of her best days is right around the corner.

All three families and Gibson agreed once Jean had a new place to live and was financially stable, the two youngest children would move back in with her.

According to Jean, it looks like that could happen within the next few weeks.

“It will be a new year,” she said. ” A new year to start a new life together in a new apartment.”

Safe Families is looking for host churches and more host families to be involved in the program. Training, background checks and more will be required for those who want to participate in the organization.

Anyone interested in learning more about Safe Families is asked to contact Candi Gibson at 706-298-0050, ext. 1073, or cgibson@twincedars.org.