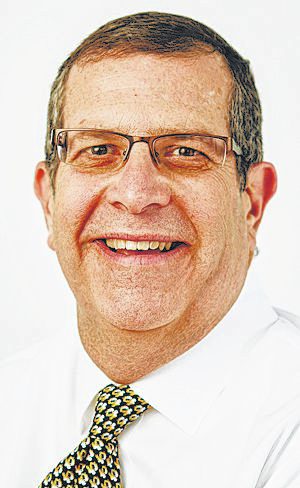 As a journalist-turned-academic, I frequently find myself in the unenviable position of defender of the profession from those mystified by the conduct of journalists.

I love journalism and am eager to explain its ways, but there are times when I am fresh out of justifications for the actions of reporters and media outlets so completely adrift from their ethical moorings that I am left, like you, searching for explanations.

Friday, Dec. 4, presented the latest and most pronounced example of media behavior that left this lifelong defender of journalism bereft. I watched, horrified, as a gaggle of reporters, including members of some of the most prominent newsgathering organizations in the country, stampeded into the apartment of Syed Farook and Tashfeen Malik, the couple who had two days earlier murdered 14 people and injured 26 others at the Inland Regional Center in San Bernardino, California.

Dozens of reporters, allowed into the apartment by the couple’s landlord for some reason — making matters worse, several reports point to the TV show “Inside Edition” paying for access — ran roughshod through the place, rifling through drawers, holding up documents and other items for televised inspection, exhibiting the absolute worst in modern journalism’s penchant for engaging in lowest-common-denominator, sensationalist pandering.

There’s a word for what these reporters did: looting. Horrified, I asked myself the obvious question: how did such a large number of reporters, ostensibly working as truth seekers on behalf of the public they serve, feel justified in rummaging through the personal effects of the subjects of an ongoing criminal investigation, doing untold damage to public perception of the press, already at historic lows?

The answer, when it came, was less than reassuring: those reporters reflected the ceaseless demands of the modern media marketplace for immediacy above all else, for content for content’s sake, for click-through rates and ratings. Their odious behavior represents the surrender of journalistic judgment to the ruthless, amoral appetites of the broader media culture, which sees no distinction between journalism and other forms of content.

Journalism is threatened on all fronts by the mass communication ecosystem in which it lives, precariously, its once-mighty economic engine cast into chaos by the digital transformation. To be sure, great reporting and analysis persists, and each year the University of Georgia community is reminded through its Peabody Awards that excellence is still very much alive and well throughout the industry. But I can no longer blithely contend that journalism is well on the whole, not as local news gathering shoulders fresh waves of layoffs and the nation’s urban newspapers struggle.

In this chaotic period of transition to fully digital journalism, it’s more important than ever that journalists hew to the principles that gave the profession its backbone. No finer explanation of those principles can be found than The Elements of Journalism. In this book, which I turn to again and again, veteran journalists Bill Kovach and Tom Rosenstiel simply and elegantly describe journalism’s duty to society.

Journalism’s first obligation is to the truth, according to Kovach and Rosenstiel; its first loyalty is to citizens. “Journalistic truth” is a process that begins with the professional discipline of assembling and verifying facts. Then journalists try to convey a fair and reliable account of their meaning, subject to further investigation.

Especially in a world of expanding voices, “getting it right” is the foundation upon which everything else is built – context, interpretation, comment, analysis and debate. The larger truth, over time, emerges from this forum.

Nothing that happened that day in San Bernardino furthered any of the principles of good journalism. Citizens were not served by ransacking an apartment, nor was the pursuit of truth furthered by anyone there. That’s what haunts me about that day — not a soul there could have dreamt that what they were doing was ethically proper, yet they did it anyway — and broadcast the results live to national audiences.

It’s past time for journalists to sit quietly by while its worst offenders on cable television drag the profession down. We all suffer from bad journalism, journalists most of all, but members of the reading and viewing public as well.

What makes journalism, well, journalism? Kovach and Rosenstiel point to two fundamental differences between journalism and the rest of mass communication.

First, the purpose of journalism is to give people the information they need to make better decisions about their lives and society. The second difference is that journalism involves the conscious, systematic, application of a “discipline of verification” to produce a “functional truth,” as opposed to something that is merely interesting, entertaining or titillating.

Those professing to have been working as journalists that day in San Bernardino bring shame to journalists everywhere. It’s high time we began calling out those who use the label “journalist” when it fits them but adhere to none of the professional norms of the title.