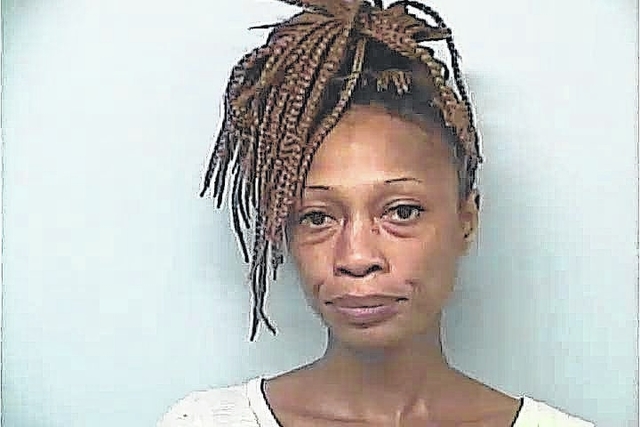 LaGRANGE — A LaGrange woman allegedly shot at her sister’s boyfriend Tuesday afternoon after an argument at an apartment in the Lucy Morgan Homes housing project on Borton Street.

The victim lives in the same apartment with the suspect, identified as Toshia Latina Wimberly, 34, and her sister, according to the police report of the incident. She and the boyfriend had been in an argument when she yelled for him to leave.

He was walking through the parking lot when he said he heard a shot, turned around and saw Wimberly holding a gun. He ran, yelling, “what you doing that around here for, with all these kids!” the report states. No one was injured.

“(Wimberly) then fled,” said LaGrange Police Lt. Dale Strickland of the Criminal Investigations division. “The bullet actually hit the front door of an apartment. She fled into a vacant apartment and later was taken into custody.”

Police found her after checking security footage that showed her running to the adjacent unit. According to the report, they used a loudspeaker to command Wimberly out of the apartment and she complied.

The sister told police she wasn’t aware that Wimberly had a gun and wasn’t sure where it came from.

Wimberly is charged with aggravated assault with a gun. She was being held at Troup County Jail without bond this morning.

Troup County mother: ‘It took a lot for me…