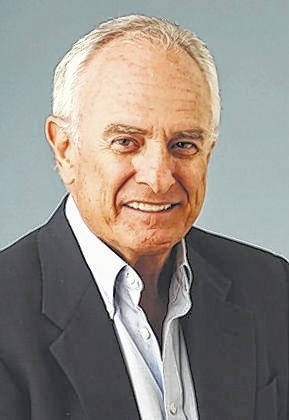 NORMAN, Okla. — Before there was official Oklahoma, there was the University of Oklahoma — classes actually began before Oklahoma gained statehood. The Sooner state has had a checkered history, its inhabitants literally survivors — from the Trail of Tears, to the Dust Bowl.

At the end of World War II, the board of regents was holding a meeting when member Lloyd Noble was discoursing about Dust Bowl inferiority around the state and what to do about it. Suddenly, Noble noted that with the war ending, that there would be a large “crop of fine high school athletes, all coming out of the service all at once. If we can just get enough of them to come here, we can have a good football team right away. A good football team at the University of Oklahoma will give our whole state something to take pride in.”

That is when the Sooners hired Jim Tatum from the Iowa pre-flight school in 1946 after the war had ended. Tatum brought Bud Wilkinson with him as his top assistant. A year later, Tatum took over at Maryland, which was closer to his North Carolina roots, where he longed to be.

Wilkinson, whom several board members preferred in the beginning, soon made a prophet out of Lloyd Noble. He would win three national championships and so dominated the old Big Eight Conference that the league was often referred to as “Oklahoma and the seven dwarfs.”

After Wilkinson retired following the 1963 season, he became a color analyst with NBC. When Georgia upset Bear Bryant and Alabama in Athens in 1965, Wilkinson was taken by Dooley’s management of the game in which the Bulldogs won the game on a trick play and immediately called for a two point conversion, which won the game 18-17.

When it did not work out for Bud’s long-time assistant in Norman, Gomer Jones, Wilkinson recommended Dooley. A counter offer by Georgia included Vince having control of all football decisions along with a tax sheltered annuity and what would become the gift of a house and valuable lot, leading to Vince’s staying in Athens.

Oklahoma then hired Jim Mackenzie, who had played for Bryant at Kentucky. Mackenzie coached for one year in Norman and suddenly died of a heart attack.

This would bring about the next big era for Oklahoma. The Sooners hired Barry Switzer who won three national championships, 157 games and 12 Big Eight titles, living off the high powered wishbone and dominating defenses.

Switzer, in a controversial ending, resigned following the 1988 season after there was a shooting incident and a sordid rape in the dorm which was named for Wilkinson. Believe it or not, Switzer was a pariah for a short period of time until the Sooners hired another big time winner 10 years later.

Oklahoma is in its third successful era, that of Ohioan Bob Stoops who comes from a coaching family, one who embraced Switzer and brought the Sooner family together again. Stoops has the state of Oklahoma swooning one more, hopeful that he might win a second national championship to go with the one he claimed in 2000. However, you can’t nudge Stoops into comparing himself to Wilkinson and Switzer: “I’m not in their class,” he says. “They each won three national championships.”

A very direct and forthright person, Stoops modestly doesn’t point out that his teams have played for the ultimate title three times.

As he welcomed an old friend into his office with his mind bent on beating Clemson, Stoops was, nonetheless hospitable and in an upbeat mood. Like all coaches preparing for a big game he vocalized his worry factor.

“We see some pretty good quarterbacks out this way, but Deshaun Watson is a big time quarterback. Stopping him will be an unending challenge.”

Incentive is there in abundance for Oklahoma. In addition to wanting to win a second national title for their coach, there is the fact that OU is still smarting from a 40-6 loss in last year’s Russell Athletic Bowl in Orlando.

Does he consider that embarrassing outing to be a physiological advantage for the first round of the playoffs?

“It certainly won’t hurt,” Stoops said in his office, where he is surrounded by memorabilia from his national championship season of 2000 and the nine Big Twelve Championships trophies which he has won.

A native of Youngstown, Ohio, Stoops played for Cardinal Mooney High where his father, Ron, was the long time defensive coordinator. He is familiar with the names of some hometown heroes who made names for themselves in Athens.

“I know all about Frankie Sinkwich and Zippy Morocco,” he smiled.

Stoops is a coach who has made the right adjustments to keep winning. When he felt change was needed on his staff, he felt compelled to let go a couple of people with whom he has had a close association.

While he earned his reputation for coaching defense, Oklahoma has kept pace in the wide open Big Twelve Conference. The Sooners averaged 46 points per game this season — Clemson’s average was 39 per game. They know how to score, but Oklahoma and Stoops have made a living off of strong defensive teams over the years.

This is a coach who expects more of himself than the exuberant Sooner nation expects of him. He wants to give his adopted state something to boast about — another national title.