Pastor of MLK’s home church to speak at LaGrange College 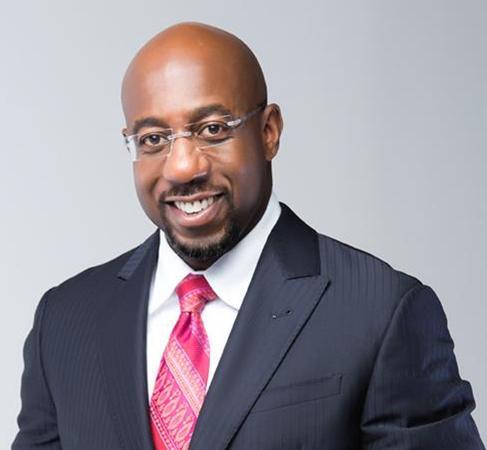 LaGRANGE — The senior pastor of historic Ebenezer Baptist Church in Atlanta and a longtime champion of civil rights will be the speaker for LaGrange College’s Martin Luther King Jr. Day observance.

The Rev. Raphael G. Warnock will deliver his address at 11:30 a.m. Thursday at Callaway Auditorium, 801 Dallis St. in LaGrange. The event is free and open to the public.

“We knew we set the bar high with our previous speakers, the Rev. Dr. Otis Moss and Freedom Rider Hank Thomas,” he said. “We are so excited to continue that by presenting Dr. Warnock to not only our campus, but also LaGrange and Troup County.”

Warnock has been senior pastor of Ebenezer Baptist since 2005, the youngest person to serve in that position since the church’s founding in 1886.

From there, Warnock served as youth pastor and assistant pastor at the historic Abyssinian Baptist Church of New York City. He also was senior pastor at Baltimore’s Douglas Memorial Community Church, known as a spiritual base of social activism.

He is a member of Alpha Phi Alpha Fraternity, the 100 Black Men of Atlanta, a lifetime member of the NAACP and was chosen to deliver the closing prayer at the 2013 Inaugural Prayer Service held at the National Cathedral.

He is a National TRIO Achiever Award recipient and has been honored by induction into the Martin Luther King Jr. Board of Preachers.

Warnock has been featured on the CBS Evening News and in the Atlanta Journal and Constitution, which hailed him as “a leader among Atlanta – and national – clergy, a fitting heir to the mantle once worn by the Rev. Dr. Martin Luther King Jr.”