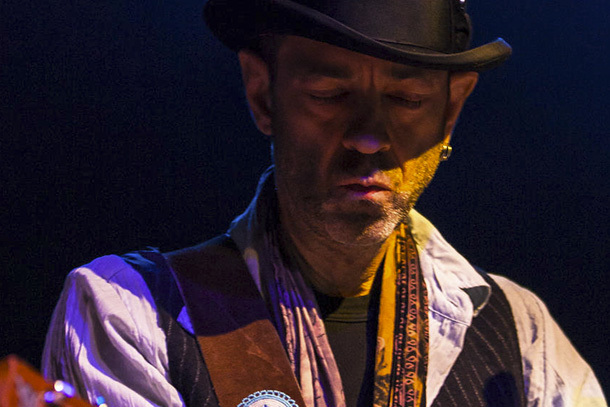 LaGRANGE — One of Nashville’s most sought after singer and songwriters is slated to bring his country roots and blues influenced music to LaGrange on Saturday.

Travis Meadows, who was featured in Rolling Stone magazine, will take the stage at Pure Life Studios at 7:30 p.m. The venue’s doors open at 6:30 p.m. and admission is a $35 donation.

His recent hits include “What We Ain’t Got” by Jake Owens and “The Riser” by Dierks Bentley. He’s also worked with musicians Eric Church, Ronnie Dunn, Frankie Ballard and Lee Ann Womack, and bands Blackberry Smoke and Lynyrd Skynyrd.

McDonald said Meadows is also an amazing artist and his critically acclaimed album “Killin’ Uncle Buzzy” is considered, by his country music peers, to be one of the greatest albums of all time.

Raised by his grandmother, one of Meadows’ first memory was of watching his brother drown, according to his interview with Rolling Stone. At age 14, he was threatened by cancer, which he survived, but at the heavy cost of his right leg. Later, he skirted the boundaries of addiction before sobering up and becoming a Christian missionary for 17 years, substituting, as he told Rolling Stone, one addiction for another.

“Travis Meadows is a soul-filling, simple, no nonsense songwriter who has the potential to change the way you look at country music and enhance the air you breathe,” McDonald said. “I want to pack the room to capacity with music lovers. His gift is obvious, his stories are magical. (He’s) going to create one of the most memorable nights to date.”

Parking is recommended in front and behind the Pure Life Studios building, as well as in front of the building to the right of Pure Life.

Pure Life Studios, an acoustic listening room, is located at 206 Clark St. in LaGrange. Outside food and drink are welcome.

To reserve a seat or for more information about this concert and upcoming events visit Pure Life Studios on Facebook, contact McDonald by email at maggie@purelifelagrange.com, text 706-443-4838, or visit http://business.lagrangechamber.com/events.