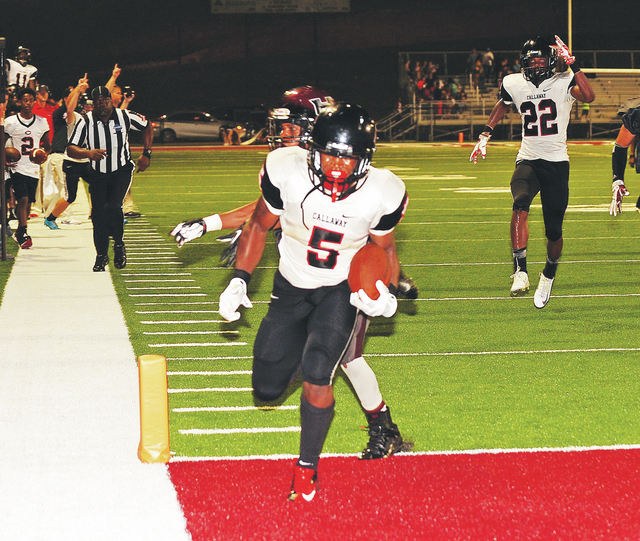 Callaway High running back Cedric Maynard, after putting together a phenomenal senior season, has been selected as a second-team member of the Associated Press all-state football team.

That came on the heels of Maynard being named a first-team all-state player on the Atlanta Journal-Constitution all-state team.

Maynard, in helping lead Callaway to a 10-2 season that included a region championship and a victory in the state playoffs, ran for 2,415 yards on 252 carries with 26 touchdowns.

He was less than 100 yards away from becoming one of the few running backs in the history of high-school football in Georgia to reach 2,500 yards.