Girl, 2, who was shot in LaGrange apartment transferred to ICU, recovering 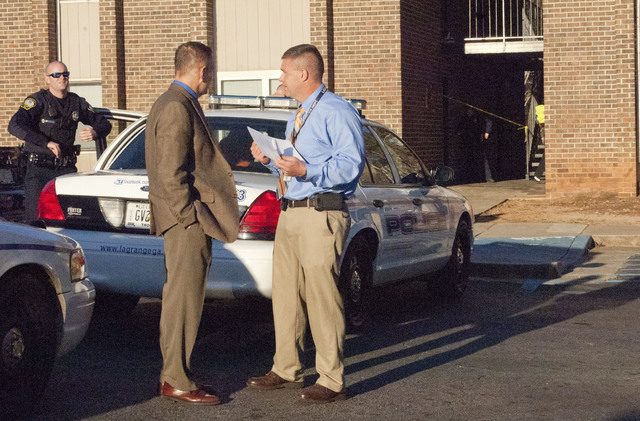 LaGrange Public Safety Chief Lou Dekmar, left, speaks with police Lt. Dale Strickland outside a residence in the Wood Glen Apartments after a 2-year-old girl was shot on Jan. 4.

http://lagrangenews.com/wp-content/uploads/sites/37/2016/01/web1_child-shot1.jpgLaGrange Public Safety Chief Lou Dekmar, left, speaks with police Lt. Dale Strickland outside a residence in the Wood Glen Apartments after a 2-year-old girl was shot on Jan. 4.

LaGRANGE — A 2-year-old girl accidentally shot in the back Jan. 4 was moved to the Neonatal Intensive Care Unit at Children’s Healthcare of Atlanta at Egleston, according to the LaGrange Police Department.

An initial incident report stated the girl was shot by another child in the living room of a unit at the Wood Glen Apartments at 64 N. Cary St. According to the report, the children found the loaded handgun underneath a couch while visiting their mother’s friend.

Following the shooting, the toddler was flown to the Atlanta hospital for surgery.

Meanwhile, the investigation surrounding the little girl’s shooting has come to a standstill.

Strickland stated the gun used in the incident has been sent to the Georgia Bureau of Investigation crime lab for processing.

According to Strickland, no one is claiming ownership of the weapon.

He said investigators discovered it was sold in Alabama, but the store where it was purchased has since closed.

Strickland said the gun was not registered, but has not shown up as stolen either.

Investigators are hoping the tests at the GBI crime lab will determine who owned the firearm.

He said charges in the case may still be pending.