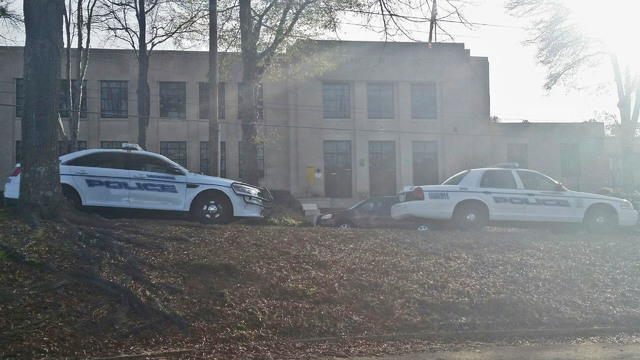 Police cars sit outside LaGrange High School on Thursday morning after a student was found to have a gun, according to police and school system officials.

http://lagrangenews.com/wp-content/uploads/sites/37/2016/01/web1_0114SchoolLockdown3.jpgPolice cars sit outside LaGrange High School on Thursday morning after a student was found to have a gun, according to police and school system officials.

School administrators began investigating Thursday morning after a student reported he had been threatened by other students, according to a police press release. During that investigation found the gun on a 16 year old, who was arrested by the school resource officer.

The juvenile’s name was withheld because of his age.

After investigating, police believe the suspect was involved in street gang activity, according to police.

The LaGrange High School campus remained on lockdown until the situation was resolved. The school system issued a brief statement about the incident.

“It’s important to acknowledge that we are working hard to create a positive and safe learning environment for those in all of our schools. When we are informed of, or witness, any possible threat to our students — your children and grandchildren — we take it very seriously.”

The suspect was taken to the Troup County Juvenile Justice Center, where he was awaiting a hearing in juvenile court Thursday afternoon.

Check Friday’s edition of the LaGrange Daily News for more information surrounding this incident and reactions from the community.