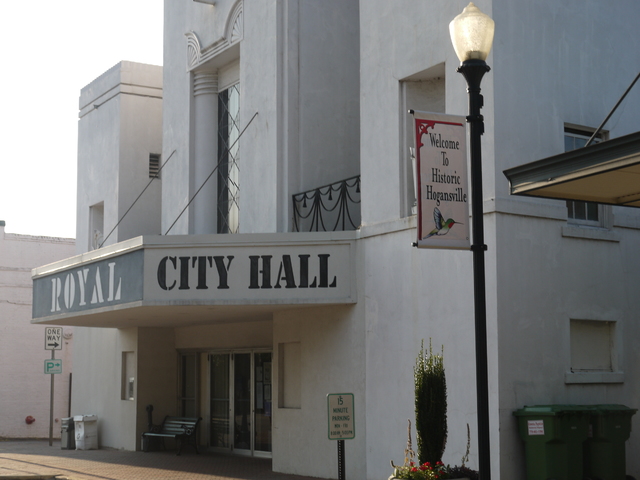 HOGANSVILLE — The city is seeking state funds for road improvements and to repair roads damaged by recent flooding.

The city plans to move quickly to fill out applications for a local maintenance and improvement grant, or LMIG, through the Georgia Department of Transportation for several local roads. City Manager James Woods told City Council members Tuesday evening during their regular meeting that “time could be of the essence for getting more funding than less funding” following a conversation he had with a GDOT official.

He requested council give city staff the authority to compile a priority list of work for the grant funds, fill out the application and submit it “as soon as it’s ready.” Work would include upgrading safety and operational improvements in areas that need it.

Projects may include replacement of raised pavement markers, rumble strips, pavement markings, edge lines, center lines, stop bars, signs, guardrails, traffic signals and post-mounted traffic beacons at intersections or school zones, according to the state guidelines. Woods noted projects could include replacing all the city’s worn out stop signs and updating “flimsy” guardrails, giving the rail at the bridge on Pine Street as an example.

If approved, the city would be required to pay 30 percent in matching funds for how much it receives. It already had special-purpose, local-option sales tax, or SPLOST, money set aside to pay for new striping on roads, which would be used for the matching funds, Woods told council members.

The city also is expecting state funds to repair flood damage to Church Street and the intersection of Boozer and Holmes streets through LMIG funds being provided by the Georgia Emergency Management Agency. Woods said staff hasn’t yet finished the application, but GEMA officials had advised them to apply for up $260,000 to cover the repairs.

In other business, council members voted unanimously to submit its revised city charter to the Georgia General Assembly for consideration and approval. The revisions are mostly updates to reflect modern standards.