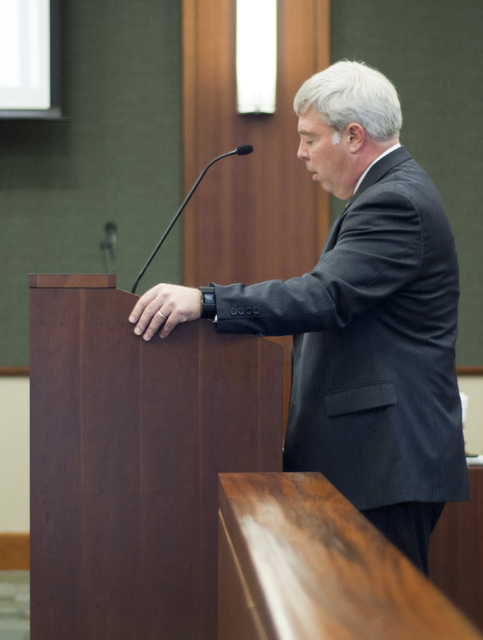 Members of LaGrange City Council and the Troup County Board of Commissioners largely told the Daily News they wanted to hear more about the proposal before allocating funds and intended to hold public hearings before proceeding.

Chuck Conerly, a Carrollton-based attorney retained by concerned locals, called on elected officials — both at last week’s City Council meeting and Tuesday’s County Commission meeting — to “put the brakes on” the project while alternatives are explored and public comment is heard.

“It’s not so much that we don’t feel like we’re being listened to, it’s that we don’t know the process going forward,” Conerly told commissioners Tuesday.

The estimated $4.5 million project to construct a 2 mile road from Vernon Woods Drive through undeveloped land owned by the Callaway Land Trust has unnerved residents of the Highland Country Club neighborhood, where the road terminates. The residents are concerned because they feel in the future, the road — dubbed for now the northwest connector — could become part of a larger bypass system that might later require road engineers to acquire their land.

LaGrange Mayor Jim Thornton said he is “waiting to pass judgment” on the project until after he’s heard more public input and recommendations of alternatives from city and county staff and engineers designing the project.

“I have committed to residents that prior to any formal action being taken, we will have a public forum at a council meeting where the staff will present their recommendation and the council could take action — or delay actions,” Thornton said.

The mayor also noted that the timing and setup of the proposed road made the project, which was previously unplanned and not part of a November 2006 transportation study, attractive to city officials. The Callaway Land Trust has stated a willingness to donate right-of-way for the project and the Callaway Foundation has pledged $2 million toward construction.

The remaining estimated $2.5 million would be funded by special-purpose, local-option sales taxes approved by voters for road projects. Those funds are administered by the County Commission, although the city is overseeing the road project.

“Obviously the Callaway family has made an overture to the city to consider donating the right-of-way and assisting with cost of construction,” Thornton said. “The reason the road appeals is not because it solves all the problems, but it solves a few (traffic) hot spots.”

‘Waiting for the light to change’

Councilwoman Norma Tucker, who works at the hospital near Vernon Road, said she is in favor of the project and planned to hear additional public comment. Tucker’s District 2 does not cover the area of the proposed road or the residences of concerned locals.

“I have sat at that traffic light on Medical Parkway (across from Vernon Woods Drive) waiting for the light to change because traffic coming into and leaving town is so heavy you can’t get out,” Tucker said. “I’ve also tried to go into town on Vernon Road after a long day and had to sit there. I’m in favor of an alternate route that would take you in all directions.”

Newly sworn Councilman Mark Mitchell, who both represents the district where the road is planned and lives nearby, said he’s still new to the job, but was willing to hear from people in favor and opposed to the project. Most of all, he said, he’s in favor of transparency in the project and open discussion.

“I’m hearing from both sides,” Mitchell said. “I’m hearing from the people that are opposed to it and for it, I’ve not made up my mind either way. I want to hear from everybody, so I can make a good decision if it comes down to me casting a vote.

“Either way, this should be done in complete openness,” he added.

That openness isn’t required by law, though.

Under Georgia’s “Sunshine Laws,” which govern open government, a city council or county commission can enter closed executive session to discuss land acquisition — such as for projects like new roads. The law is meant to allow elected officials to negotiate candidly in private before revealing the details of land deals.

‘The reins pulled back’

The proposed road has been the subject of half a dozen public meetings already, dating as far back as August. It has been discussed publicly in both City Council and County Commission work sessions and meetings, noted Commissioner Morris Jones, who represents the residents concerned by the proposal.

Jones said he was in favor of hearing more public comment before allocating funds, although he’s not in favor of “putting the brakes on” the project — rather, he’d like to see “the reins pulled back.”

He also supported a City Council resolution passed in December that directed city staff not to push for a project to expand the bypass system through the country club neighborhood.

Conerly, the attorney representing the concerned residents, told the Daily News he wasn’t sure yet what outcome would satisfy him or his clients.

“We have to at least wait and see what the other projects could be and what the cost-benefit and impacts would be until we make a decision,” he said. “We’re not even in a position to know that until we see what options and alternatives we have.”

The next City Council meeting is scheduled for Tuesday at 5:30 p.m. in council chambers on Ridley Avenue. The County Commission meets for a work session 9 a.m. Jan. 29 at the government center on Ridley Avenue. Both meetings are open to the public.