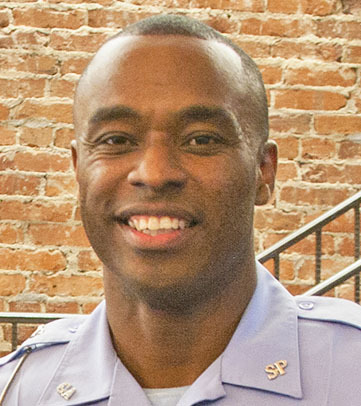 LaGRANGE — Sgt. Maurice Raines is the commander of more than a dozen Georgia State Patrol troopers with Post 2 in LaGrange.

Now, Raines is preparing to add another title to his list: chairman of the Upson County Commission.

The commander announced through his Facebook page on Sunday his intent to run for the coveted position in the county he calls home.

“I’ve always wanted to see my community succeed,” Raines explained. “I think this is a golden opportunity to do that … I know what the community needs because I live there — more jobs … turn the economy around — and I know how to do that.

“I feel like I can bring something to the table to help my community … and now is the time to do it,” he added.

If Raines is elected, this will be his second time as the Upson County Commission Chairman. He was voted into the post in 2009 and ended his term in 2012.

“Very few people knew I was chairman, except the local politicians and people in my community,” Raines stated.

Raines made it clear: his campaign this year will not interfere with his duties as the post commander.

“It is a part-time position,” he said. “It won’t affect Post 2 in any form or fashion. I’ll be getting written permission from the commissioner of public safety, Col. Mark McDowell, to seek office before the March 7 deadline to qualify for the primaries.”

Once he qualifies, Raines will only have three months to get a campaign together. The primaries for the Upson County Commission seat will be in May.

“I’ll be doing a lot of door-to-door knocking, attending forums and fundraising,” he explained. “I’ll go to all the city and county meetings to keep abreast of what is going on in the area. I’ll also be speaking to civic groups.

“I set my own work schedule with the Georgia State Patrol,” Raines added. “I’ll do most of my campaigning in the evenings. If there is something I have to do in the mornings in Upson County, then I’ll come in later to Post 2 LaGrange.”

Raines said his troopers know about his campaign and seemed unfazed by the news.

“They knew I would run,” Raines said with a smile. “They call me a politician anyway.”