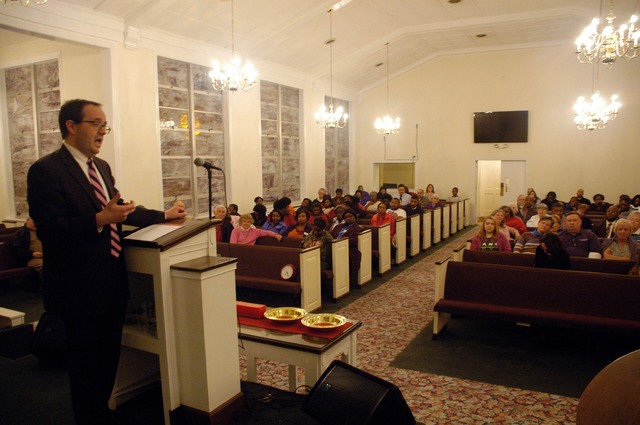 LaGRANGE — Mayor Jim Thornton is slated to host a series of town hall meetings at various locations throughout the city in the coming weeks.

The locations of the four meetings have been strategically scheduled to ensure all areas of the city will have the opportunity to have a neighborhood meeting, Thornton said.

All meetings are at 6 p.m. Dates and locations are:

The mayor said the last set of town hall meetings he held provided “good feedback to the city.”

“Last year, some of the suggestions were that we should add curbside recycling, expand our parks and green space, recruit more retail and restaurants, and promote the Hamilton Road widening project,” Thornton said.

“Those suggestions, among others, became priorities for the city, and many of those have now come to fruition.”

“The city council members and I know that we don’t have all the answers, so we encourage residents to make suggestions to us. Just like that year, when good ideas are offered, we work hard to implement them.”