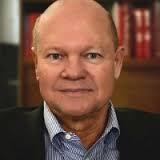 LaGRANGE — The Georgia Author of the Year in the detective/mystery category, David Darracott, is the next speaker in the Friends of the Library Author Talk series.

The event is set for 6:30 p.m. Tuesday at LaGrange Memorial Library. The Author Talk series is free and open to the public.

The Forsythe County native won the esteemed award from the Georgia Writer’s Association for his novel “Wasted.” The book depicts the saga of its main character, Jack Player, who is anything but a “player.”

Stuck in a dead-end job with a failed marriage behind him, he’s broke and pushing 40. Facing too many days without meaning, he sees no future for himself until his best friend suggests a way out — an easy, painless score to turn everything around.

A veteran writer, editor, university lecturer and corporate communications professional, Darracott holds a master’s degree in English from Emory University and is the recipient of several writing awards, including a Hambidge Fellowship in 2009 and 2010.

His other published books include the novel “Internal Security” and a published short story collection, “After Eden.”

Darracott’s talk will be followed by a book signing and reception at the library.