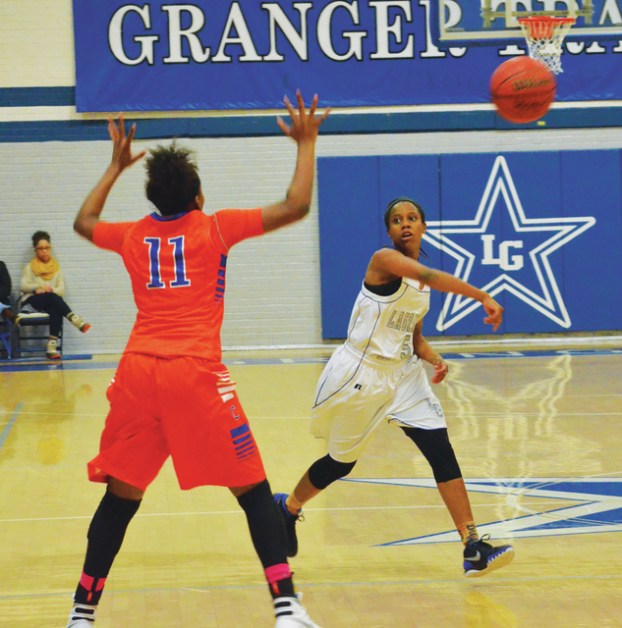 Columbus pulls away from LaGrange in second half

LaGrange’s Erica Daniel drives to the basket during the second half of Saturday’s loss to Columbus. Kevin Eckleberry | Daily News

http://lagrangenews.com/wp-content/uploads/sites/37/2016/01/web1_LHS4-1.jpgLaGrange’s Erica Daniel drives to the basket during the second half of Saturday’s loss to Columbus. Kevin Eckleberry | Daily News

LAGRANGE – It was anybody’s game.

As the teams headed to their respective locker rooms for the halftime break, the visiting Columbus Lady Blue Devils were clinging to a 25-18 lead over the LaGrange Lady Grangers in Saturday afternoon’s game.

LaGrange was hoping to steal away with a home victory over a Columbus team that came into the game with a 15-3 victory.

Columbus dominated the second half to claim a 66-44 victory to complete the regular-season sweep of its Region 1-AAAAA rival.

After being limited to 25 points in the first half, Columbus nearly scored that many in the third quarter alone.

The Lady Blue Devils began the second half on a 14-2 run that was capped by a Nasya Williams 3-pointer, and LaGrange found itself in a 39-20 hole.

The Lady Grangers tried to find some momentum of their own when Chnairiea Strozier made a 3-pointer with 4:15 left in the third quarter to make it a 16-point game, but the Lady Blue Devils went right back to work.

By the time the third quarter ended, Columbus had a 47-25 lead.

The Lady Blue Devils retained a comfortable margin throughout the fourth quarter on the way to the win.

Shania Woodard scored 14 points and was one of three LaGrange players in double figures.

LaGrange will face another big-time challenge on Tuesday when it hosts Carver.

LaGrange finishes the week with a game at Shaw on Friday.