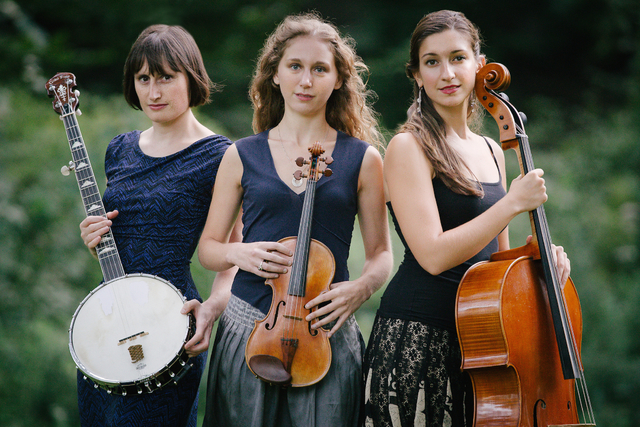 LaGRANGE — A group of folk musicians is slated to perform Thursday at Pure Life Studios on Clark Street as part of a tour promoting their newly release album.

Harpeth Rising, a Louisville, Kentucky-based trio, is set to take the stage at 7:30 p.m. and is expected to play tunes from their album “Shifted,” which debuted at number one on the Folk DJ charts in August.

“For the past six years, Harpeth Rising has challenged the boundaries of folk music and created a sound that is both excitingly unique and surprisingly familiar,” their promoter, Jordana Greenberg, said in a press release.

The all-female group features original music and lyrics, three-part vocals and instrumentals of banjo and violin mixed with cello and foot percussion. Their music is “an exciting and unique blend of musical genres that include folk, rock, bluegrass, classical, and roots music,” Greenberg said.

The trio met at the Indiana University Jacobs School of Music and were united by their eclectic musical interests, Greenberg said. Harpeth Rising’s past performances include the Cambridge Folk Festival, Kerrville Folk Festival, Blissfest and Woodsongs Old-Time Radio Hour.

The group recently relocated from Nashville to Louisville, Kentucky, to be closer to their southern Indiana roots and join the growing eclectic musical and cultural landscape of the region, according to Greenberg.

Their most recent album’s opening track, “I Am Eve (I Am the Reason),” also debuted as the top of the DJ Folk charts. Fatea Magazine, which focuses on folk music, called the album “truly resplendent” and Midwest Record has said the album is “taking back lyric writing as a form … this set is going to blow your mind.”

Greenberg said the album melds folk, classical music, and rock “with such ease that it creates a genre of its own.”

Pure Life Studios is located at 206 Clark Street. There is a suggested donation of $15 and reservations are encouraged and can be obtained by calling 706-443-4838 or emailing maggie@purelifelagrange.com.

Police find no threat in rumor at THS