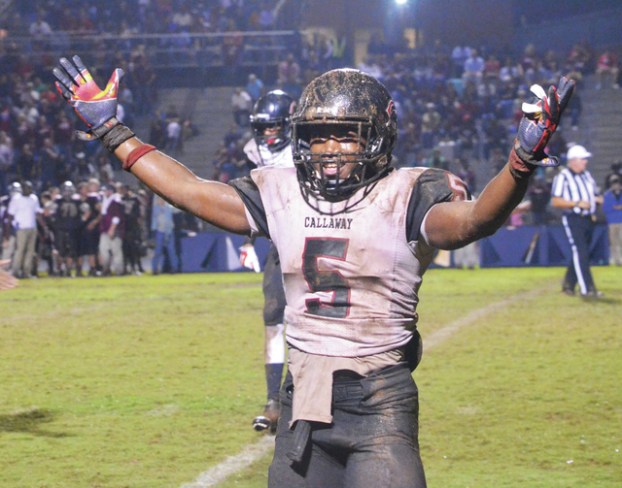 The Troup Tigers will look to turn up the defensive pressure when they face Woodward Academy today in a Region 5-AAAA game. Kevin Eckleberry | Daily News

http://lagrangenews.com/wp-content/uploads/sites/37/2016/01/web1_troup-1.jpgThe Troup Tigers will look to turn up the defensive pressure when they face Woodward Academy today in a Region 5-AAAA game. Kevin Eckleberry | Daily News

LAGRANGE – They’re hoping a week off won’t slow their momentum.

The Troup Tigers wrapped up the first half of their Region 5-AAAA schedule in style with a 66-38 win over Carrollton on Jan. 19.

It was a much-needed win for the Tigers, who’d dropped their first four region games.

Troup was supposed to return to the court on Friday, but its home game against Sandy Creek was postponed because of concerns over winter weather.

So today, the Tigers will play their first game in a week as they began the second half of their region schedule with a home game against Woodward Academy.

That game is part of a busy night on the local basketball scene, with the teams from Callaway, LaGrange and Troup all set to play games at home, while Lafayette Christian School and LaGrange Academy are on the road.

The Tigers are still in last place in Region 5-AAAA, but they’re feeling better about their prospects following the blowout win over Carrollton.

The Tigers, who have had their offensive struggles at times this season, exploded for 32 points in the fourth quarter.

On an inexperienced team with a host of freshmen and sophomores either starting or getting significant playing time, it was a confidence-boosting performance.

“What you saw is, these guys can play,” Troup head coach Paul Brewer said after watching his team pummel Carrollton.

One of Troup’s young players, sophomore Jarrious Jefferson, led Troup with 15 points, and fellow sophomore Montez Crowe added 11 points, with nine of those points coming in the fourth quarter.

The Tigers started slowly, scoring four points in the first quarter, but they stuck with the offensive game plan, which relies on patience and ball movement.

Now Troup will try to make it two in a row against a Woodward Academy team that is 3-2 in the region.

In the first meeting, Woodward Academy beat Troup 65-54 in a game that was competitive most of the way.

Also today, the Troup Lady Tigers (7-10 overall) will look to improve on their 1-4 region record when they host Woodward Academy.

The first time around, it was Woodward Academy beating Troup 55-52.

Troup’s teams will be back home on Friday to take on Whitewater.

Also today, the LaGrange Grangers will be at home for a critical Region 1-AAAAA showdown against Carver.

In the earlier game, the Grangers scored 25 points in the fourth quarter to get close, but the Tigers held on for an 81-78 win.

Derieko Smith led the Grangers with 22 points in that game, and LaPerion Perry and Mike Hardy were also in double digits with 14 and 10 points, respectively.

If the Grangers win tonight’s game, they’ll maintain their position atop the region standings, but they would likely be in fourth place with a loss.

Shaw, which is also tied for first place in the region at 6-2, will host LaGrange on Friday.

Tonight’s challenge will also be a big win for the LaGrange High girls’ team.

Callaway’s teams will begin the second half of their Region 5-AAA schedules with home games against Central-Carroll tonight.

The Lady Cavaliers (6-8 overall) are in second place in the region with a 3-2 record, and they’ll try to maintain that position with a second straight win over the Lady Lions.

After today’s game, Callaway will turn its attention to Friday’s home showdown against Haralson County,which hasn’t lost a region game.

For the Cavaliers, it’s been smooth sailing so far.

The Cavaliers (11-3 overall) are 5-0 in the region, and while they have won four of those games in blowout fashion, they did have a competitive game against tonight’s opponent.

Since then, the Cavaliers have won each of their four region games by at least 20 points.

In private-school basketball, LaGrange Academy’s teams will be on the road today and Friday.

First up will be today’s games at St. Luke in Columbus, and on Friday LaGrange Academy’s teams will be in Acworth to play Furtah Prep.

Lafayette Christian School’s teams will be at Ballard Christian today before hosting Arlington Christian on Friday on senior night.