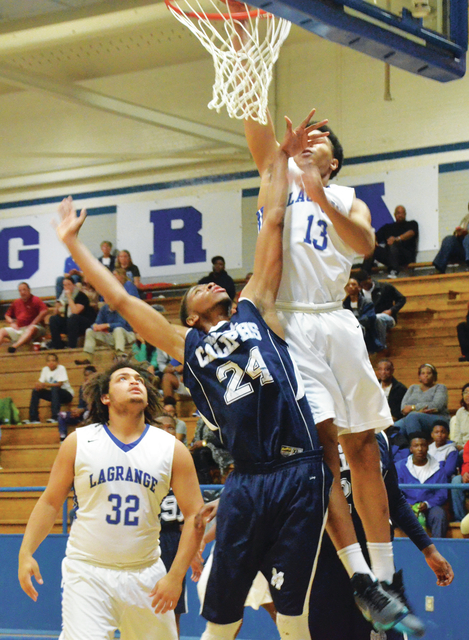 LAGRANGE – The LaGrange Lady Grangers kept pace with the region-leading Carver Lady Tigers for awhile, but in the end, it wasn’t their night.

Carver ended the game on a 13-4 run to claim a 67-46 victory to maintain its perfect region record.

Chnairiea Strozier scored 15 points to lead the way for LaGrange, and she did some nice work from the free-throw line, making 6-of-7 attempts.

The Lady Tigers came out hot, outscoring LaGrange 24-15 in the opening quarter, and they were ahead 37-25 at the half.

Dozier scored moments into the third quarter to get the Lady Grangers within 10, but the Lady Tigers went on a 9-2 run to build a 46-29 lead.

Back-to-back baskets by Dozier cut LaGrange’s deficit to 13 with 3:10 left in the quarter, but by the time the fourth period rolled around, Carver’s lead was 52-35.

The Lady Grangers tried to make a game of it.

Woodard scored 30 seconds into the fourth quarter, and that was the start of a 7-2 run that cut Carver’s lead to 12.

The Lady Grangers didn’t put any more points on the scoreboard until Woodard scored with 2:17 remaining, and by that point the Lady Tigers had extended their lead to 20.

LaGrange closes the regular season with games against Harris County and Northside next week before heading into the region tournament.