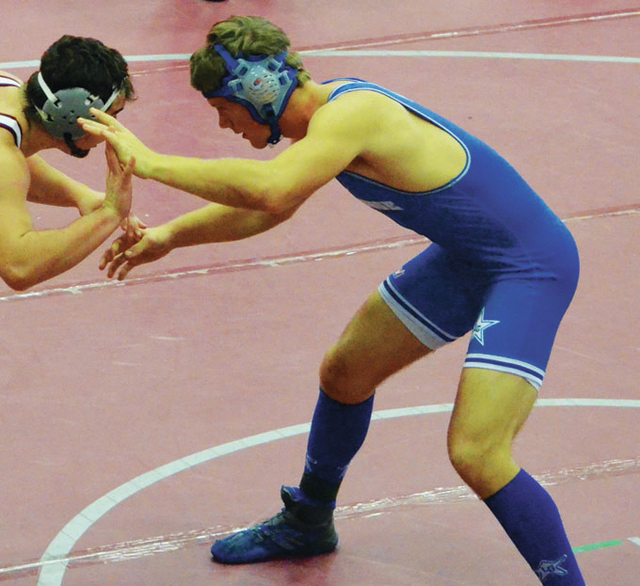 LAGRANGE – The LaGrange Grangers are hoping to celebrate a championship on their home floor.

LaGrange will serve as the host team for the Area 5-AAAA traditional wrestling tournament that will get under way at 9 a.m. on Saturday.

There will be 10 teams competing, and the top four wrestlers in each weight class will qualify for next week’s state sectional.

LaGrange, Starr’s Mill and Northgate will be the teams to beat at the area tournament, and one of those teams will almost surely finish the day celebrating an area title.

A year ago, it was Starr’s Mill beating LaGrange by one point for the area championship.

“We’ll have to wrestle really, really well,” LaGrange coach Scooter Weathers said. “It’ll be a three-horse race between us, Starr’s Mill and Northgate. Everybody has their big guns.”

Beyond winning the team title, the goal for LaGrange is to have all of its wrestlers make it through to the state sectional.

LaGrange has 12 wrestlers competing on Saturday, and Weathers thinks all of them have a great chance to finish in the top four.

“There are some brackets that are tough, but I think we seeded out really well,” Weathers said. “We’ve got a shot to get all 12 of them out. That would be awesome. Everything has to line up. We’ve got two or three guys that are four seeds, and they have to wrestle a number five right out of the gate. You win the first match, you get to the semifinals, and you set yourself up to have the lighter side of the bracket.”

LaGrange tuned up for the area tournament by hosting Haralson County and Heard County on Monday, and it won both of those matches with ease.

Over the past few days, Weathers said the team has been “running, working, drilling,”

The primary goal at this point is to stay on weight, and get everyone to Saturday rested and healthy.

Weathers said everything the team has been doing for the past few months has been about getting prepared for the next few weeks.

“You work all of November, December and January, and it all comes down to three weeks that count,” Weathers said.

Among LaGrange’s wrestlers is Guy Wegienka, who has had a phenomenal senior season that has included three tournament championships.

Wegienka, who made it to the state sectional last year, will be looking to win an area title on Saturday.

Wegienka said he approaches every match, regardless of the skill level of the opponent, the same way.

“The biggest match is the next one,” Wegienka said.

Another senior, Emmanuel Mann, has only dropped one match this season, and he was the only LaGrange wrestler who made it to the state finals last year.

“I’m looking forward to these next few weeks,” said Mann, who is looking to win a third consecutive area championship.

Along with Wegienka and Mann, Dakota Wilson has a tournament title to his credit this season, and Kane Shirey, Matt Watford, Dominique Copeland, Colt Creed, Jordan Ragan, John Todd Bohn, Dijon Hart and Chase Sams have had successful seasons.

Earlier this month, LaGrange finished second in the area duals before going 1-2 at the state duals.

Now, it’s all about the individual, and Weathers said everyone is ready.

“They’re excited, and they’re focused,” he said. “Now, it’s like an IWP, an individual wrestling plan. It’s about the individuals. They’re ready.”