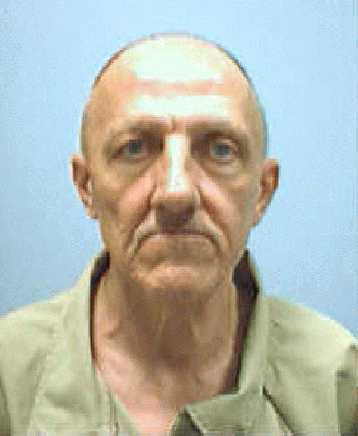 LaGRANGE — The Georgia Department of Corrections announced Thursday evening an inmate who failed to return to the Charles T. Hudson Transitional Center at 100 James Hester Road was recaptured.

James Michael Beggett, 65, was discovered about 4:30 p.m. in Montgomery, Alabama. He was taken into custody without incident by the GDC Fugitive Unit and U.S. Marshals, said DOC officials.

The Georgia Department of Corrections said Beggett was last seen leaving the Transitional Center Tuesday morning for his job at Stanford Automotive on Youngs Mill Road.

According to GDOC officials, Beggett never returned to the facility.

Officers at the transitional center reported him missing about 9:40 a.m. Wednesday, according to the LaGrange Police Department.

The LPD officer said officials at the center told him Beggett was advised on Tuesday that his parole had been postponed.

According to the Georgia Department of Corrections website, the escapee served a 30-year sentence for murder and was awaiting release on parole at the transitional center.

The website stated Beggett was convicted of malice murder after killing Amos Hart Jr. on Feb. 17, 1981.

Beggett hit Hart in the head with a wooden post outside a Savannah nightclub, according to the Chatham County Superior Court website. Beggett claimed it was self-defense after Hart allegedly attacked him with a pair of scissors, the website states.

Beggett was convicted and sentenced to life in prison with the possibility of parole on March 29, 1983.

Neither website showed when Beggett moved up to the Transitional Center in LaGrange, although Department of Corrections officials said he started working at the automotive shop in November 2015.

This was the second time this week law enforcement officers searched for an escapee in Troup County.

LaGrange police, Troup County sheriff’s deputies and officials with the Correctional Institute searched for Allred throughout the afternoon and evening. He was recaptured shortly before 9 a.m. Tuesday at a residence on Costley Road, according to Troup County Sheriff James Woodruff.

The Georgia Department of Corrections website stated Allred was previously incarcerated at Phillips State Prison in Buford on charges of aggravated assault that originated in Dodge County.

It was unclear if Allred or Beggett will face more charges for their escapes.

Questions to the Georgia Department of Corrections concerning the recent escapes of inmates from work details were not answered by press time.