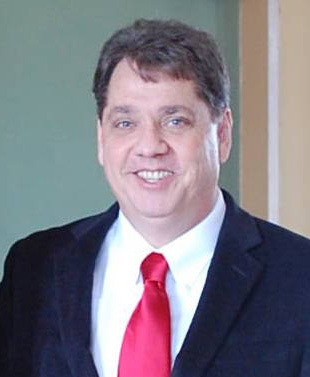 NEWNAN — A third candidate has thrown his name in the hat to replace the outgoing representative for Georgia’s third Congressional district.

“When you look at the current state of affairs in the U.S., it is quite obvious that it is time for a change,” he said in a press release. “As a well-rounded, seasoned businessman, I am the clear choice for positive change.”

Mix is seeking the seat held by U.S. Rep. Lynn Westmoreland, 65, who said this month that he will retire at the end of the year after six terms representing west central Georgia.

Mix, a 1986 graduated of the University of Georgia, worked in the beverage industry and as a corporate account manager for the firm Dun & Bradstreet before leaving the corporate world and founding Pit Stop Sanitation Services in Hiram. He later left for Hollywood, California, to pursue film production.

He then returned to the Atlanta area where he served as president and CEO of Mix International Media and worked to bring the film industry back to Georgia and relocating to Newnan in 2012 where he and his wife, Kelli, own and operate Full Circle Toys.

Mix describes himself as “a concerned citizen, not part of the political machine, and someone in tune with the needs and desires of the people,” he said in a press release.

‘’I am a businessman, a father of two teenage daughters and a citizen that is concerned about the direction the country is headed,” he said. “Traveling to more than 40 countries around the world has given me a unique perspective on the concerns of our country and how we are perceived globally.”

Mix joins West Point Mayor Drew Ferguson and state Sen. Mike Crane in the Republican primary for Westmoreland’s seat. The primary election will be held May 24.