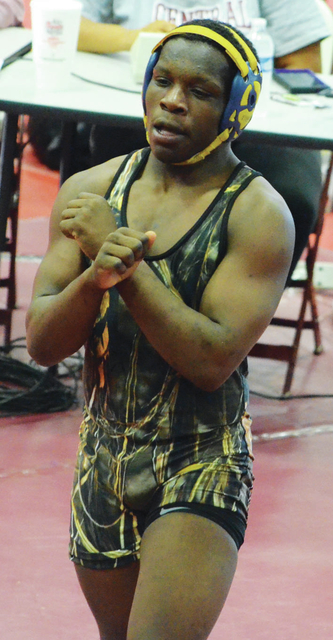 COLLEGE PARK – They were nearly perfect.

The Troup Tigers had 14 wrestlers entered in Saturday’s Area 5-AAAA tournament, and all but one of them qualified for the state sectional that will be held this week.

To make it to the state sectional, a wrestler had to finish in the top four in his respective weight class, and 13 Tigers made that happen.

Now, the goal for those 13 men will be to reach the state finals.

To make the state finals, a wrestler needs to finish eighth or higher in his weight class at the state sectional.

Troup’s state sectional will be held in Gilmer County.

At Saturday’s area tournament that was contested at Woodward Academy, Troup had two individual champions.

Chase Seals, who has had a big sophomore season, won his weight class, and he’ll be looking to build on his impressive showing from a year ago when he made it to the state finals and was one victory away from placing as a freshman.

Also earning a first-place finish for Troup was Trey Harris.

Among Troup’s second-place finishers was Hudson Newton, who was his team’s only senior in the lineup on Saturday.

Newton was a state placer last year, and he’ll be looking to finish his prep career with a spot on the podium once again.