Late charge not enough for Troup 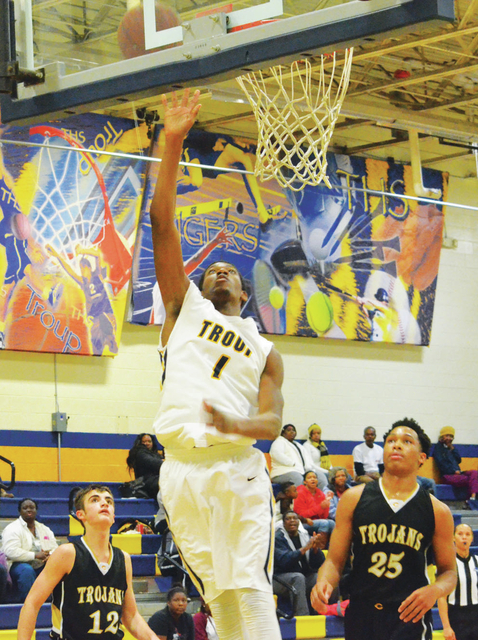 Troup’s Kiya Fulton gets a shot away during the second half of Monday’s loss to Sandy Creek. Kevin Eckleberry | Daily News

http://lagrangenews.com/wp-content/uploads/sites/37/2016/02/web1_troup6-10.jpgTroup’s Kiya Fulton gets a shot away during the second half of Monday’s loss to Sandy Creek. Kevin Eckleberry | Daily News

LAGRANGE – It’s been an unfortunate theme for the Troup Lady Tigers.

The Lady Tigers have now played four Region 5-AAAA games that have been decided by six or fewer points, and they’ve lost them all.

The latest close loss came on Monday, with visiting Sandy Creek hanging on for a 39-36 victory.

The Lady Tigers (7-13 overall) fell to 1-7 in the region, and they have two regular-season games remaining, both on the road.

Troup will play Fayette County today before closing the regular season against Carrollton on Friday.

The Lady Tigers had the ball at the end of Tuesday’s game down by three points, but a potential game-tying 3-pointer went awry, and it was the Lady Patriots surviving for the narrow win.

The Tigers appear locked in as the number six seed for next week’s region tournament, and they’ll play the number three seed in a first-round game.

At the moment, Fayette County and Sandy Creek are tied for third place in the region with 3-5 records.

Troup has beaten Fayette County and lost two close ones to Sandy Creek, so it will be a winnable tournament game.

If Troup can win a game in the region tournament, it would advance to the semifinals while earning a spot in the state tournament.

“Right now, we’re looking at going in as number six,” Thornton said. “But the possibility (to make it to state) is still there.”

The Lady Tigers kept charging, and when Shaqoya Gilbert made a pair of free throws with 1:31 left, the game was tied 36-36.

With 49 seconds remaining, Kasey Toles made a pair of free throws to give the Lady Patriots the lead, this time for good.

After Toles made a free throw with seven seconds left, the Lady Tigers got the ball down by three, but they were unable to tie it.

Kwyneshia Spence, who made 5-of-6 free-throw attempts, led Troup with 11 points.