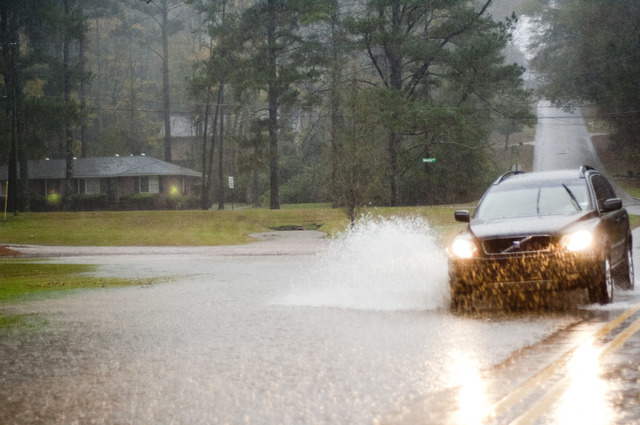 LaGRANGE — A cold front has put an end to record-breaking heat in LaGrange, bringing rain and a flash flood watch today.

The watch is in effect from 1 p.m. through late tonight for Troup County, part of north and all of central Georgia — generally from Carroll to Paulding to Hall counties and south.

The National Weather Service said flooding of streams, creeks and rivers are possible with the expected rainfall, and temporary street flooding could occur due to poor drainage and clogged storm drains where any heavy rain occurs. Troup County could receive 1 to 2 inches of rain.

Tuesday’s high of 79 degrees at LaGrange-Callaway Airport broke the previous mark for the date of 78, set in 1957. Atlanta also set a record, posting a high of 76, surpassing the old record of 74 set last year.

Other parts of the state also sweltered Tuesday. It was 83 in Statesboro, 82 in Valdosta and Waycross and 81 in Savannah.

More seasonable temperatures are forecast for Troup County. The mercury stood at 71 at 5:30 this morning, but temperatures will begin dropping throughout the day, reaching a low of 42 overnight. Clear skies are expected through the weekend, with highs in the upper 50s and lows near 32.

Normal extremes for this time of year are 57 and 35.