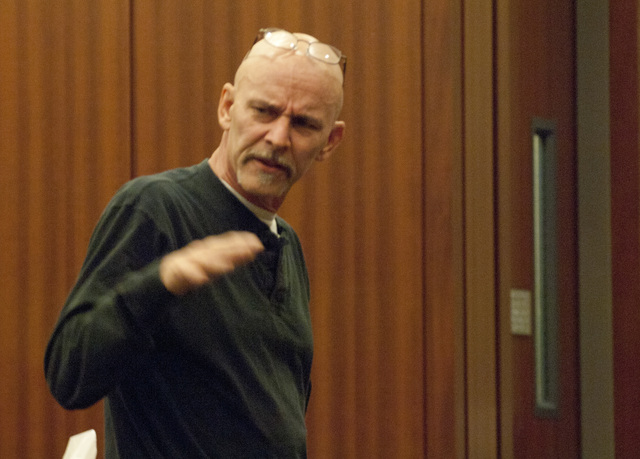 LaGRANGE — A jury Wednesday awarded $600,000 in general and punitive damages to a former county commission chairman who sued a local blogger for libel.

Ronald J. McClellan, 55, of West Point, must pay the sum to Richard C. Wolfe, chairman of the Troup County Board of Commissioners from 2007 to 2014, for making false statements that accused Wolfe of embezzlement, fraud and taking public funds for personal gain.

Throughout the lawsuit, which was filed June 11, 2014, Wolfe denied the claims and contended McClellan made the statements as part of a personal vendetta against him and the housing nonprofit DASH for LaGrange, which Wolfe created in 2002 and has chaired since.

DASH for LaGrange also initially filed suit against McClellan but later dismissed the suit because the nonprofit chose to focus on its mission rather than divert its resources to the potentially costly and lengthy litigation, Wolfe testified this week.

McClellan filed a counterclaim July 14, 2014, that alleged Wolfe “sought to abuse the judicial system in an effort to subvert (McClellan’s) First Amendment rights,” but that claim was later dismissed.

Superior Court Judge Jack Kirby ruled by summary judgment Sept. 9 that McClellan, who represented himself in the case and runs the Facebook blog Troup County Citizen, made the accusations “without one scintilla of evidence,” and with “reckless disregard of whether such statements were false or not.”

McClellan made the statements on his blog and the comments section of LaGrange Daily News’ website and Facebook page. The posts included accusations that Wolfe was skimming taxpayer dollars for his personal retirement and holding embezzled funds in Swiss bank accounts.

McClellan also called Wolfe a “sleazy piece of crap, a Nazi piece of (expletive),” comments that would later be used in court to determine his posts were made as part of a malicious, personal agenda.

‘We have to strike a balance’

During closing arguments Wednesday, Thomas E. Greer, a Carrollton-based attorney who represented Wolfe, told jurors that First Amendment rights to criticize the government and elected officials are “important, but we have to strike a balance.”

In McClellan’s case, that caution sign came in the form of a May 9, 2014, letter from Greer and Wolfe to McClellan that asked him to retract and remove his posts about Wolfe. Days later on May 13, 2014, McClellan returned the letter with a handwritten note simply reading “kiss my ass, Ricky.”

Greer, in his closing arguments, noted that McClellan, in his sworn testimony this week and in a January deposition, never denied making the statements and continued to make the assertions, even though McClellan testified he hadn’t found “the smoking gun.”

On the witness stand Tuesday, Wolfe told his story of growing up in the Dunson Mill neighborhood of LaGrange and returning after retirement in 1997 to find his old neighborhood in disrepair. He eventually catalyzed to form DASH for LaGrange in 2002. The nonprofit focuses on providing affordable, quality housing for low-income seniors and residents.

Wolfe testified that DASH for LaGrange has impacted about 1,000 of LaGrange’s 11,000 homes and has provided $46 million in additional property value to the community.

Although McClellan accuses Wolfe of embezzling and converting public funds from DASH for LaGrange and the Callaway Foundation, which has provided grants to DASH, Wolfe testified that he receives no compensation for his chairmanship of the nonprofit and has only turned in one reimbursement for travel.

The Daily News has independently verified those claims through publicly available Internal Revenue Service filings by DASH for LaGrange. DASH for LaGrange also is regularly audited by outside agents including the Callaway Foundation, the state of Georgia and the city of LaGrange.

‘Civility is gone’ and bigger problems

Wolfe, in his testimony this week, also went on to note that “civility is gone in our society today,” and that he feels people make accusations with a false sense of impunity and with disregard for repercussions.

When McClellan cross-examined Wolfe, he asked Wolfe why he didn’t respond to any of his posts online. McClellan said he made the post to “draw out” Wolfe.

“The tone of your language was not worthy of me responding,” Wolfe responded.

Despite making accusations, McClellan never introduced evidence in the case to show Wolfe committed any crimes, even though Wolfe gave McClellan 1,700 pages of his personal financial data, including bank statements, as part of the case’s discovery process.

McClellan may have more problems than a $600,000 debt hanging over his head, though.

During the punitive damage determination phase of the trial, Greer called McClellan to the witness stand where McClellan testified under oath that he’d not filed income tax returns for almost a decade and that five years ago he’d worked “under the table” as a truck driver. Depending on McClellan’s income, failing to file tax returns and not paying income tax could be a criminal offense.

Greer told jurors that Wolfe never expects to see “one cent” of the damages awarded by jurors. Rather, Wolfe testified he was suing McClellan to make a point.

McClellan told jurors Wednesday that he doesn’t have the money to pay Wolfe and that he has $38 in his bank account. Likewise, McClellan has testified that he is unemployed, owns no real property in Troup County, has paid no taxes and does not pay utilities. McClellan said he “lives on the good graces” of his girlfriend.

Following the jury’s award, Wolfe said he needed “time to digest” the verdict before commenting.

McClellan said he plans to file an appeal and said he has no plans to stop accusing Wolfe of felonies.