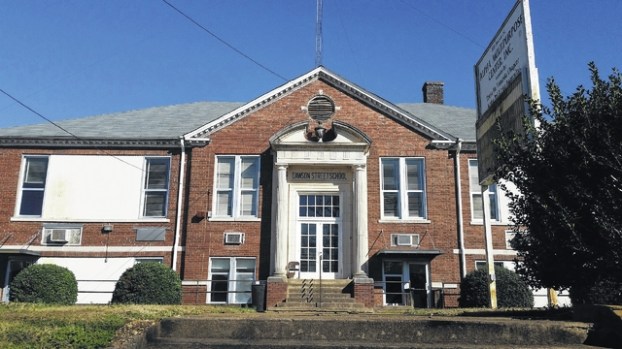 Warming center in LaGrange shut down

The old Dawson Street Elementary School, owned by the city of LaGrange, was recently used as a temporary warming center for the homeless. The station was closed after city officials said they found numerous safety violations.

http://lagrangenews.com/wp-content/uploads/sites/37/2016/02/web1_0205WarmingCenter.jpegThe old Dawson Street Elementary School, owned by the city of LaGrange, was recently used as a temporary warming center for the homeless. The station was closed after city officials said they found numerous safety violations.

LaGRANGE — Some folks may be left out in the cold after the city rescinded an offer to allow the old Dawson Street Elementary School to be used as a warming center for the homeless.

The Emmaus Shelter and Homeless Coalition were using parts of the building located at 200 N. Dawson St. when the weather turned cold at night.

In November, Jessica David, executive director of the Emmaus Shelter, said she was emailed a letter of intent from the city’s Department of Community Development that would allow them to use the school during a cold weather emergency.

David stated the letter also came with a list of stipulations as to how the building could be used. People would only be able to use it when the temperature falls below 40 degrees at night, must vacate by 9 a.m. and cannot cook food inside.

But last week, David said she was suddenly informed the organizations could no longer use the old Dawson Street Elementary School as a warming center for the homeless any longer. She said she was not given a reason why they were no longer welcome at the facility.

According to LaGrange Mayor Jim Thornton, the agreement between the Emmaus Shelter and Alton West, the director of community development, was use of the the building for just one month to be re-evaluated on a month to month basis.

“The reason the lease was terminated is that Emmaus House was not following the rules that Alton West and the city fire marshall had clearly explained to them regarding what sections of the building were usable and what activities were permitted,” Thornton explained via email. “This failure to follow the lease agreement and the stated occupancy rules created both potential liability issues for the city and also general discomfort with the ongoing use.”

Alton West described some of the conditions they found upon visiting the building in January.

“There was one room that had a warming source and the rest did not or could not sleep people comfortably, including the auditorium. We told the director (David) use this one room,” he stated. “They were using that room, but they were also using the other rooms in the building, and we found hot plates and other electrical devices that left unattended could pose a fire hazard. You’re talking about an older building … that could potentially create a liability for the city.”

West also said the agreement stated the school would operate as a warming station, but he found the facility was being utilized as more of a homeless shelter, which it is not properly zoned for.

David said an influx of people with nowhere to go showed up just before Christmas when floods ravaged parts of Troup County.

She said during that time, a family with an autistic child who needed a separate space also came to the warming center.

According to David, she called West and LaGrange Fire Marshall John Thomas and explained the situation. According to her, they only wanted to use a room that was across the hall from the one everyone else was staying in.

David said they were granted permission to use the building an extra month — through January.

She disputes the claim people were at the school during the day, and said everyone was cleared out of the building by 9 a.m.

David did admit organizers used crock pots to cook some of the meals, but stopped using them and brought in microwaves after Thomas told them the cookware was considered a fire hazard.

“People brought us food and left us cooking equipment … We actually switched to all MREs (meals ready to eat) when we got them in the last few weeks,” David explained. “Being homeless is hard. All day long we had to go behind them correcting, adjusting, accommodating, dealing and teaching them the rules over and over again.

“Managing desperate humans in large numbers is challenging but worth it,” she continued. “We do everything we can to cooperate with safety protocols. I wish the city had volunteered and actually experienced this with us.”

With temperatures expected to continue to stay below freezing the next few nights, David is unsure how she will handle an influx of people looking to come in from the cold. She, nor the Homeless Coalition, have found another building or organization willing to open their doors to the needy for at least one night.

David said she is not angry at city officials, and is appreciative of all their help.

“Just like the Callaway Foundation did last year, the city came to the rescue,” she stated. “Thank goodness they helped as much as they could.”

Likewise, West said the city would be happy to continue working with David if she finds another property that is suitable to be utilized as a warming center.

Contributed report This illustration shows an artist’s rendering of what the finished LaGrange College science building at Vernon Street and... read more