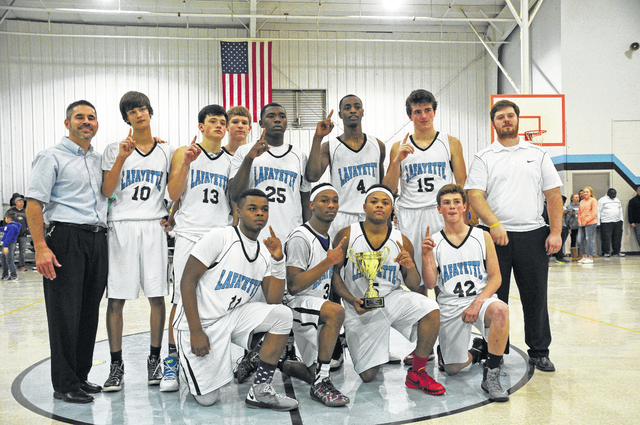 The Lafayette Christian School Cougars rolled to the region championship with a 76-55 victory over visiting Central-Christian on Friday night.

With the win, the Cougars sewed up the region’s top seed for the Georgia Independent Christian Athletic Association state tournament that begins next week.

Senior guard Jemi Reed had a big night for the Cougars with 28 points, and fellow senior Antaveis Sands added 17 points, with senior post player Marcus Mobley chipping in with 14 points

The Cougars got off to a fast start, taking a 19-8 lead after the first quarter, and they were ahead 36-26 at the half.

Lafayette Christian then put the game away in the third period, outscoring Central-Christian 23-12 to take a commanding lead into the fourth quarter.

Friday’s win marked the continuation of a spectacular season for the Cougars, who improved to 20-0.

If the Cougars can keep the wins coming and take top honors at the state tournament, it will be the school’s second GICAA state championship of the school year.

In the fall, the football team beat Central Christian to claim the state title, and many of those same players are on the basketball team.