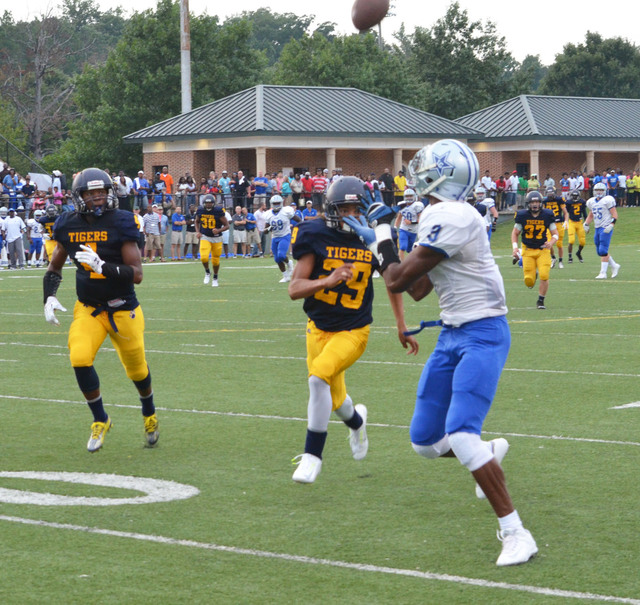 LaGrange’s LaPerion Perry gets around a defender during the first half of Friday’s semifinal game against Northside. Perry scored 17 points, and 12 of those points came in the second half. Kevin Eckleberry | Daily News

http://lagrangenews.com/wp-content/uploads/sites/37/2016/02/web1_LHS7.jpgLaGrange’s LaPerion Perry gets around a defender during the first half of Friday’s semifinal game against Northside. Perry scored 17 points, and 12 of those points came in the second half. Kevin Eckleberry | Daily News

LaGrange’s Bryan Fanning pulls down a rebound during the second half of Friday’s win over Northside. Kevin Eckleberry | Daily News

http://lagrangenews.com/wp-content/uploads/sites/37/2016/02/web1_LHS6.jpgLaGrange’s Bryan Fanning pulls down a rebound during the second half of Friday’s win over Northside. Kevin Eckleberry | Daily News

LaGrange’s Derieko Smith goes strong to the basket during the first half of Friday’s game. Kevin Eckleberry | Daily News

http://lagrangenews.com/wp-content/uploads/sites/37/2016/02/web1_LHS8.jpgLaGrange’s Derieko Smith goes strong to the basket during the first half of Friday’s game. Kevin Eckleberry | Daily News

LAGRANGE – They didn’t need any last-second heroics this time.

A week ago, Mike Hardy’s buzzer-beater in overtime lifted the LaGrange Grangers to a 71-68 victory over the Northside Patriots in the final game of the regular season.

On Friday, LaGrange was hosting Northside again, this time in the semifinals of the Region 1-AAAAA tournament.

It was a tight game once again, although this one ended in regulation, with LaGrange hanging on for a 67-61 victory to advance to today’s championship game.

LaGrange, the number one seed, will go for its second straight region-tournament title when it hosts third-seeded Shaw today at 7:30 p.m.

In Friday’s game, the Grangers took the lead with less than two minutes to go in the third quarter, and they never trailed again, although the Patriots stayed within striking distance the rest of the way.

LaGrange’s guard duo of LaPerion Perry and Derieko Smith, who have been through so many big games over the years, scored 14 of their team’s 17 points in the fourth quarter.

“Like I’ve been saying all year, we’ve got two guards that have got experience,” LaGrange head coach Mark Veal said. “They’re fairly poised down the stretch.”

Perry led the Grangers with 17 points, and he made three 3-pointers, and Smith added 15 points and was 8-of-10 from the free-throw line.

Perry and Smith did a lot of their damage in the second half after combining for just seven points in the first two quarters.

Epps also got it done in the second half, scoring seven of his nine points.

“We came out kind of slow,” Perry said. “We were flat. We had to get the tempo going. We just had to get it going.”

Despite the slim offensive output by the two guards, the Grangers were still up by three points as the first half ended.

The Grangers were down by a point when Jerious Freeman made a 3-pointer with 2:02 left in the half, and Quez Jackson added a basket a minute later to give his team a 31-28 lead, which was the score at the break.

Bryan Fanning and Gabe Duckett each had seven first-half points for the Grangers to provide some much-needed scoring.

In the third quarter, the Patriots were ahead by two when Perry scored to start a 9-2 run that gave the Grangers a seven-point lead, and they were up 50-46 as the period came to a close.

In the fourth quarter, the Patriots stayed within striking distance, but they could never pull even or take the lead.

The Grangers were clinging to a two-point lead when Epps knocked down a 3-pointer to push the lead back to five with 4:12 to play.

Epps, a senior guard, had seven key points in the second half.

“That was really big,” Perry said of Epps’ performance. “He stepped up.”

The Patriots responded with four straight points to get within one, and they had the ball with the chance to take the lead.

The Patriots came no closer than three points the rest of the way.

Smith got it done from the free-throw line, making six straight attempts down the stretch, and Perry scored after getting an offensive rebound with a little more than a minute remaining.

LaGrange won the two regular-season meetings with Shaw, but both games were close.

“Both games have been tight, down there and up here,” Veal said. “And now we have the task of trying to beat somebody three times.”

Win or lose, LaGrange will be at home for the first round of the state tournament next week.