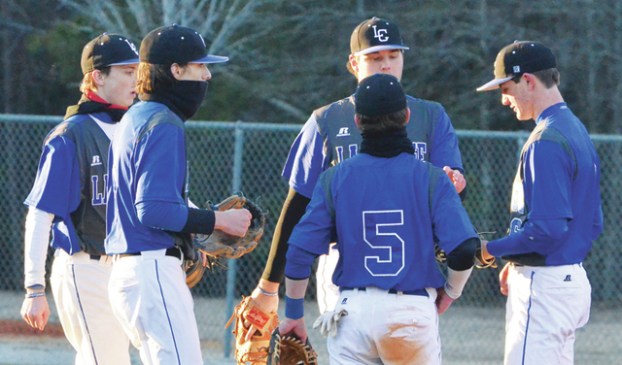 The LaGrange Grangers will open their season with a home game against Spalding County on Thursday. Kevin Eckleberry | Daily News

http://lagrangenews.com/wp-content/uploads/sites/37/2016/02/web1_LHS-baseball.jpgThe LaGrange Grangers will open their season with a home game against Spalding County on Thursday. Kevin Eckleberry | Daily News

A new high-school baseball season will get under way on Wednesday, with the Callaway Cavaliers traveling to Columbus to take on the Hardaway Hawks.

The game was originally going to be played today, but it was pushed back a day.

LaGrange and Troup will begin their seasons with home games on Thursday.

LaGrange will makes its debut under head coach David Smart against Spalding County, and Troup will kick off its season against Northgate.

Callaway played a preseason game last week against LaGrange, and not a whole lot went right on the way to an 8-0 loss.

The Cavaliers are coming off an exceptional season that included a region championship and a trip to the elite eight in the state playoffs, but as head coach Dusty Hubbard said after the LaGrange scrimmage, this is “a totally different group.”

Among the players the Cavaliers are having to replace are the three primary pitchers from a year ago, Kevin Craft, Perry Keith and Cody Mimbs, all of whom are playing college baseball.

The Cavaliers do have a handful of talented, veteran players, though, including Dylan Johnson, Cortney Laye, Hunter Rollins, Devin Brock and Ty McCann.

Hubbard figures the newcomers to the lineup will grow into their roles, and the Cavaliers have nine games to play before beginning their Region 5-AAA schedule so they’ve got time.

While Callaway has a bunch of new pieces in place, the Troup team that will take the field on Thursday is very similar to the one that went 25-6 and made it to the second round of the playoffs last year.

Among the returning players are standout pitchers Winston Turner and Bo Halcomb, along with center fielder Miles Cameron and shortstop Ryan Bliss.

Troup tuned up for the season by beating Northgate 8-0 in a preseason game on Friday, with seven pitchers combining for the shutout while issuing just one walk.

“Everybody played, and everybody got to hit,” Troup head coach Craig Garner said. “It was a typical scrimmage. We got to see what we wanted to see out of our guys.”

LaGrange took the field for the first time under Smart in last week’s preseason game against Callaway, and everything went well.

Seven pitchers each threw a shutout inning, and the Grangers did a nice job battling at the plate.

“We had some quality at bats,” Smart said. “We made some quality outs as we call them. I thought we did a pretty good job with two strikes competing at the plate. Even some of those strikeouts were lengthy at bats.”

Those players helped the Grangers reach the state playoffs a year ago.

LaGrange will play its second regular-season games on Saturday at Central-Phenix City.