Woman calls for answers on explosions 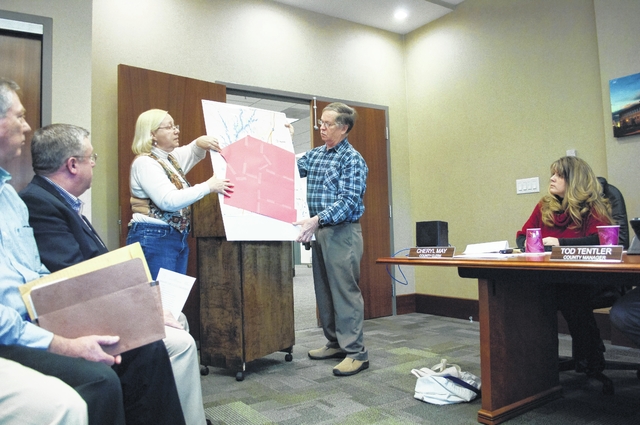 J.J. Fricket, left, and her husband, Chris, hold a poster board during an address to the Troup County Board of Commissioners on Friday about the sounds of explosions reported around the county late last month.

http://lagrangenews.com/wp-content/uploads/sites/37/2016/02/web1_TripwireCMYK-1.jpgJ.J. Fricket, left, and her husband, Chris, hold a poster board during an address to the Troup County Board of Commissioners on Friday about the sounds of explosions reported around the county late last month.

LaGRANGE — An Alabama woman is calling on local government to ask a bomb disposal training center in Fredonia, Alabama, to limit its noise and provide warning to area residents about its activities.

J.J. Fricket of Fredonia addressed the Troup County Board of Commissioners on Friday concerning the sounds of explosions reported by area residents late last month.

The explosions, which were part of a training exercise for explosive ordnance disposal professionals at Tripwire Operations Group in Fredonia, caused residents of Troup County and Chambers County in Alabama to call 911 and report rattling windows and compression waves.

“This crucial public and private nuisance verges on the edge of criminal activity and affects the security, health and welfare of residents in several counties,” Fricket told commissioners.

A man who returned a phone call by the Daily News and identified himself as Ryan Morris, Tripwire’s owner, said there was “no way” people in Troup County could have heard the explosions caused during the training exercise and said his company had complied with all state regulations and permitting processes. Morris declined to tell the Daily News which government agency issued the permits and said, “I’m not just going to hand that to you, you can find that for yourself.”

Morris said people can complain, but “it will get them nowhere.” He said his organization had a federal government contract to conduct the work and said, “If people don’t like the noise, what about thunderstorms?”

As calls came in to Troup County 911 about the explosions, dispatchers were at a loss to tell people where the explosions were coming from, or what was causing them.

“We think they’re coming from Fort Benning,” a dispatcher told one caller in a 911 recording obtained by an open records request and played for commissioners by Fricket.

During the training exercise, 911 dispatchers were receiving so many calls that for some time, they were unable to call out to reach Fort Benning to inquire about the noises. Eventually, a representative of Fort Benning told a dispatcher that the explosions were not coming from the base.

In response to Fricket’s request, Tod Tentler, Troup County manager, said he plans to send letters to the Chambers County Board of Commissioners and Tripwire Operations Group to determine what can be done to mitigate the noise in the future.

“After all, if I were a private, for-profit business whose activities caused homes to shake almost 30 miles away, I’m sure I would have been shut down and arrested,” Fricket said.

“I would suggest that you ask that he provide his schedule for training activities to the emergency 911 center, the sheriff department and the local law enforcement agency so that these entities would be prepared in the event of a repeat from the recent training effects,” Fricket added.