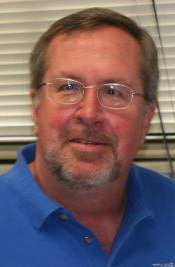 A rosary recitation is set for Sunday at Striffler-Hamby Mortuary, 1010 Mooty Bridge Road, beginning at 5:45 p.m. to be followed by visitation from 6 p.m. to 8 p.m.

Hall, who served as city manager for more than two decades, died unexpectedly Tuesday and was pronounced dead at West Georgia Medical Center about 11 p.m. His cause of death is undetermined pending results of an autopsy, according to county coroner Jeff Cook.

During his tenure as LaGrange’s chief administrator, Hall oversaw a period of diverse growth and change in the city. He supervised the city’s shift from reliance on property taxes to utility revenues under former Mayor Jeff Lukken and established the city’s municipal court and probation program. He was integral in more recent initiatives, including the Sweetland Amphitheater at Boyd Park, curbside recycling and the recapture and sale of methane gas from the city’s landfill.

Mayor Jim Thornton this week remembered Hall as a visionary leader who will be difficult to replace.

“Tom Hall was a wonderful human being and a tireless worker on behalf of the citizens of LaGrange,” Thornton said. “Anyone who had the chance to work with Tom knew how very good he was at his job and how incredibly passionate he was about the city. His reputation was one of the best in the business and he was well known throughout Georgia and beyond.”

Hall is survived by his wife, Gina, and their two children, Dylan and Cassidy.

In lieu of flowers, the family requests donations be made to Saint Peter’s Catholic Church in memory of Hall.