It was a perfect ending for Cougars 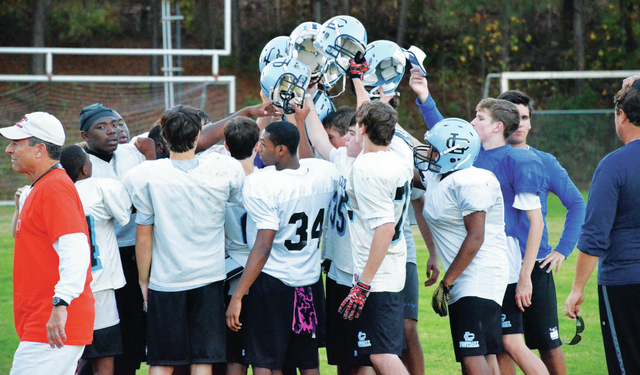 Lafayette Christian’s Marcus Mobley soars to the basket during the first half of Saturday’s win over North Georgia. Kevin Eckleberry | Daily News

http://lagrangenews.com/wp-content/uploads/sites/37/2016/02/web1_Cougars10.jpgLafayette Christian’s Marcus Mobley soars to the basket during the first half of Saturday’s win over North Georgia. Kevin Eckleberry | Daily News

Lafayette Christian School’s Josh Shepherd muscles his way to the basket during the first half. Kevin Eckleberry | Daily News

http://lagrangenews.com/wp-content/uploads/sites/37/2016/02/web1_Cougars6.jpgLafayette Christian School’s Josh Shepherd muscles his way to the basket during the first half. Kevin Eckleberry | Daily News

The Lafayette Christian School Cougars arrived at Gordon State College on Saturday with one final hurdle to clear on the way to an unbeaten season.

The Georgia Independent Christian Athletic Association state tournament began with 16 teams, and by game time on Saturday, that field had been narrowed down to two teams, Lafayette Christian and North Georgia Christian.

The Cougars had won their previous three state-tournament games with ease, but they were pushed on Saturday.

When the final horn sounded, though, the result was the same as it was every other time the Cougars walked onto a basketball court.

With the 60-53 victory, the Cougars won the state championship, and they also put the finishing touches on a 22-0 season.

While the Cougars won most of their games in blowout fashion, they had their share of close games as well, and on each of those occasions they found a way to get it done.

“We had some good teams in our region, and we had two or three games where we won by two or three points, but we didn’t lose a game all season,” Lafayette Christian head coach Jarred Pike said. “You just have to give a lot of credit to the guys. When you have guys that know how to finish off a game, you can’t teach that as a coach. When it’s 30 seconds left and you have to make a shot, you can’t teach that. Luckily we had guys this year that were able to hit those shots.”

On Saturday, Ross Clifton stepped up late and hit some huge shots for the Cougars, including one that gave his team the lead in the final minutes.

“He came down with about two, three minutes left, and he hit a 3-pointer that rolled around the rim, and then dropped,” Pike said. “And the next possession, he comes down and hits another three. All the sudden, it’s clutch time, and he goes and hits two threes back-to-back.”

Jemi Reed, one of five seniors on the team, delivered a big-time performance in his final high-school game with 25 points.

Will Owens led North Georgia with 17 points, and Norris Rettiger had 14 points.

Lafayette Christian won each of its first three state-tournament games by at least 15 points.

Lafayette Christian overwhelmed Peachtree Academy 96-39 in the first round before crushing Eastgate Life 82-34 in the second round to reach the final four.

In the semifinals, Lafayette Christian was pushed a bit, but it beat Westminster 60-45 to make it to the title game.

In the championship game, the Cougars led 17-11 when Reed hit a 3-pointer as the first quarter ended.

It was tight throughout the second quarter, and the Cougars led 26-24 at the break.

It stayed close in the third quarter as well, and by the time the final period came along, the game was tied 40-40, and the Cougars were able to pull away in the final minutes.

“We just got in the press, and we finally started making layups off the press,” Pike said. “Then we made some free throws, and that was it.”

For many of the players, it was their second state championship of the school year.

The Cougars finished second in the state last season, and most of the players from that team are back.

OF NOTE: For more photos from Saturday’s championship game, go to facebook.com/LDNsports