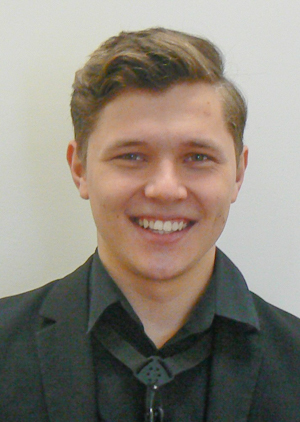 The Board of Directors of the LaGrange Symphony Orchestra has announced the winners of the 20th annual Young Artists Competition.

Winners were announced Feb. 6 at Callaway Auditorium on the LaGrange College campus.

The Dorothy Allen Turner Award for first place went to bassoonist Traian Sturza. The freshman and winner of the Woodruff Award, is currently studying under the guidance of Ronald Wirt at the Schwob School of Music at Columbus State University. He has won numerous prizes in national competitions in his native Romania where he has performed with the Maldova National Philharmonic.

As first place winner, Sturza will receive $1,500 and perform Mozart’s B-Flat Major Concerto as the featured soloist with the LaGrange symphony during the final concert of the season on April 19.

The Max Kaplan Award for second place was won by flautist Alyssa Baranski from Middle Tennessee State University where she is studying flute performance and Music Industry. She performed Goerges Hue’s Fantasie for Flute.

Baranski was the winner of the Collegiate Flute Choir Competition in Chicago in 2014 and a semi-finalist in the Raleigh, North Carolina, Area Flute Competition in 2015. A member of Trevor Wye’s “The Flute Studio” in Kent, England, in 2014-2015, she performed in Hastingleigh, England, in December of 2014.

She has received multiple scholarships as a result of her musical talents and has shared these talents throughout Tennessee over the past several years. This prize carries a $1,000 cash award.

Winner of the NOTE Award for third place and a $500 cash award is tubist Conrad Shaw, a native of Brentwood, Tennessee, who is completing his bachelor of music in performance in 2016 from Samford University in Birmingham, Alabama. He has won first place in numerous competitions throughout Alabama, including the Birmingham Music Club Guild Scholarship Competition’s 2015 instrumental and overall winner.Shaw played Concerto for Bass Tuba by R. Vaughan Williams.

Judges of the 2016 Young Artists Competition were Richard Prior, music director and conductor of the LaGrange Symphony Orchestra, and director of orchestra studies at Emory University; Derreck Montgomery, academic services coordinator at Emory University who holds a master’s degree in music performance from Florida State University; and Joshua Roberts, director of bands at LaGrange College who holds a master’s degree in music education from Columbus State University and is completing his doctoral studies in music education at the University of Georgia.

The competition this year was open to participants in keyboard instruments who were under age 26 and from Georgia, Alabama, Florida, South Carolina, North Carolina or Tennessee.