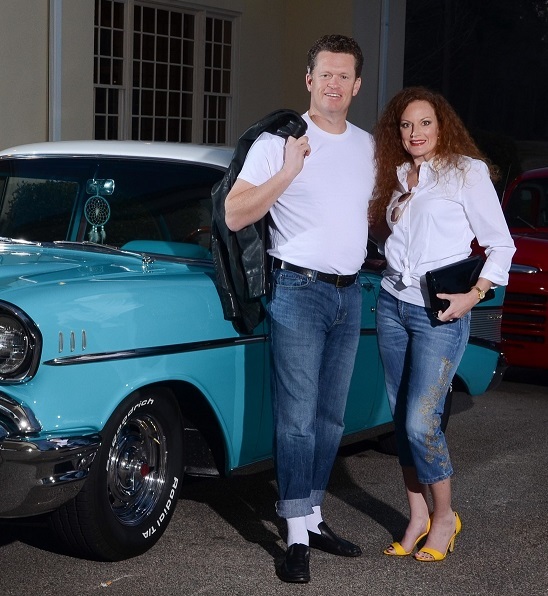 Some attendees cruise back to the 1950s during last year’s Boys and Girls Club of West Georgia spring fundraising event. This year’s bash will feature the music and styles of the 1960s.

http://lagrangenews.com/wp-content/uploads/sites/37/2016/02/web1_Keenan-and-Beth.jpgSome attendees cruise back to the 1950s during last year’s Boys and Girls Club of West Georgia spring fundraising event. This year’s bash will feature the music and styles of the 1960s.

The Boys and Girls Club of West Georgia will be heading back to the 1960s for its annual spring fundraising event, Turn Back the Clock for Great Futures.

Last year the event highlighted the 1950s, with attendees dressing in the decade-style clothing and dancing to the popular tunes of the time. The event netted about $35,000, the most that has ever been raised by the group’s spring bash, said Bart McFadden, chief professional officer of the club.

All the money supports the general operating costs for the Boys and Girls Club’s three sites in Valley, Alabama, Hogansville and LaGrange, he said.

“We served 1,017 kids in 2015 … and have averaged 335 students in our clubs on a daily basis. So we’re seeing tremendous growth,” McFadden said. “Our kids don’t bring the revenue into our clubs, we have to raise that. … Ninety four percent of our kids (receive) free or reduce lunch (at school), so we purposely keep our club fees reduced so kids can still keep coming through our doors. We have to raise that money that also pays the staff and for supplies, all the things that it takes to make the organization go everyday.”

McFadden said the club’s costs also include providing educational programs for students of all ages, tutors, plus giving them a consistently safe place to go after school and on days when school is not in session. The staff also provides support for some children who do not have it at home, he added.

“When you look at our community, you see a lot of challenges that face our kids,” McFadden said. “You hear about poor graduation rates, the crime rate, gangs, employers complaining they don’t have a group of employees with the right skills they can recruit from.

“But when you look at the kids involved in the Boys and Girls Clubs … 99.5 percent of our students were promoted to the right grade on time. We do not have a repeat offenders in the juvenile justice system,” he continued. “We work with our kids to develop those soft skills … repetitive interactions. We’re getting kids on the path to having those successful lives, mainly with our middle and high school students, and we’re doing it with kids who more than likely wouldn’t have that opportunity to do so.”

McFadden hopes people decide to get into the groove with the Boys and Girls Club and flash back to the 1960s at Highland Country Club on March 12 from 6 to 10 p.m.

Some of the club members will be on hand to perform a song and dance routine, and greet guests.

The also will include a silent and live auction, appetizers and drinks.

Anyone wanting tickets or more information can call the Boys and Girls Club of West Georgia at 706-812-9698.