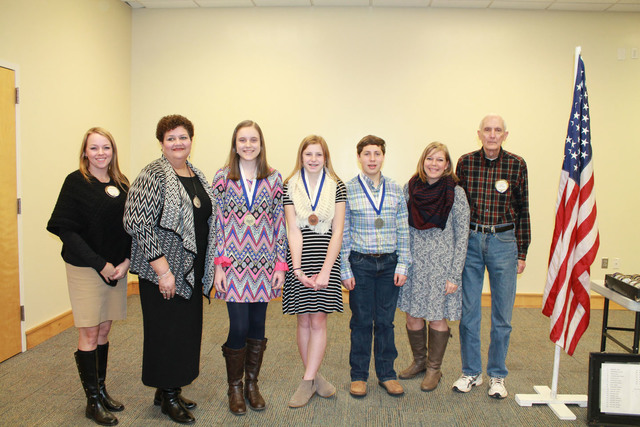 LaGRANGE — On Feb. 8, Troup County middle school students participated in the annual Optimist International Essay Contest. The topic given to all students was, “Lead by Example: Reality or Fiction.”

During the luncheon ceremony, contest judges announced first through third place winners in which Optimist members, parents and school officials were present. The three winning students shared their essays with all in attendance.

“Selecting the winning essays was indeed a tough job for the area judges,” said Vaughn Yarbrough, Optimist essay chairperson. “The three finalists all had excellent essays and their scores were extremely close.”

As a prize, the winners received a medallion at the recognition luncheon hosted by the LaGrange Optimist Club members. The essay contest is open to students under the age of 19. All entrants must submit an essay of 700 to 800 words referencing the topic given by the International Optimist Club.

More than 50 essays were submitted this year for the competition.

Libby Criswell, an eighth grade student at Gardner Newman Middle School, was the overall winner of the contest. She will advance to the next level of competition scheduled later this month.