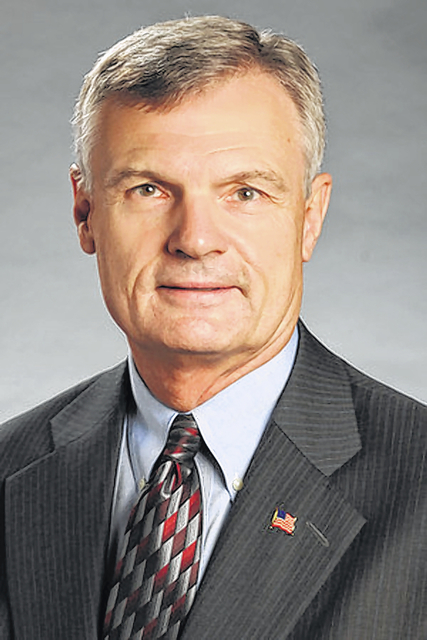 In the sixth week of the legislative session our focus primarily turned to issues regarding criminal activity and personal safety.

Every family in our district has one thing in common: we all want a community where we can live, work and play without fear of crime and violence. We want to raise children in an environment where they feel secure enough to play outside until they’re called home for dinner, just like we did when we were growing up. And we want a just system in place for those who delve into criminal activity in order to keep convicted offenders off of our streets.

Currently, any person who is convicted of a gang-related crime is punishable for up to 10 years in prison. House Bill 874 passed, which would potentially increase the jail sentence to a minimum of five years and up to 20 years’ imprisonment.

This bill also includes language that outlines the punishment for making a terroristic threat to a judge, probate officer or other professional of the court system at one to 10 years in prison.

A “terroristic threat” is a statement that one wants to cause harm to the official. This type of intimidation is taken very seriously on every level and this legislation increases the current penalty.

The bill sets the prison sentence at one to 10 years if the threat is verbal but no physical harm is done. If any person suffers a serious physical injury as a result of a threat then the punishment would be five to 40 years’ imprisonment.

Another harsh reality that we face today is gun violence in schools. HB 859 would allow licensed handgun holders to carry their weapon in a concealed location such as a handbag or under a shirt in a public technical school, vocational school, college or university.

Related to this measure, HB 792 was passed which would allow possession of a stun gun or Taser at these institutions. The right to bear arms and to protect ourselves from criminals whose sole purpose is to hurt or kill innocent lives is paramount in today’s society.

In some of the school shootings that have taken place we must wonder: If students or teachers had gun protection could lives have been saved? This type of violence is a very sad fact of our world today and we must be realistic about having the right to protect ourselves. Both bills passed overwhelmingly.

Sometimes lives are put at risk in a much less obvious circumstance where the weapon is a car under the influence of a drunk driver. HB 205 is a bill that passed which states that a person who refuses a breathalyzer under the suspicion of drunk driving for the second time in five years may apply for an ignition interlock device.

The offender must also serve at least 120 days of license suspension. The device requires the driver to blow into the mouthpiece before starting the engine. If the driver’s blood alcohol level exceeds minimal alcohol guidelines, the device will give off a warning signal, log the event and set off an alarm until the driver turns off the engine.

To prevent someone other than the driver from providing breath samples, the device will give random tests after the engine has started. These devices have been used in many other states and can save lives, cut down on drunk driving, allow our police force to spend their valuable time on other criminal activity and put parents’ minds at ease regarding their underage drivers.

Representing you and your family is a responsibility that I take seriously. It was my privilege to deliberate about the legislation I outlined above along with all other initiatives that affect your life and mine.

Please contact me with your comments and concerns at 404-656-5087 or randy.nix@house.ga.gov. Your input is extremely valuable to me.

Thank you for allowing me to represent you!