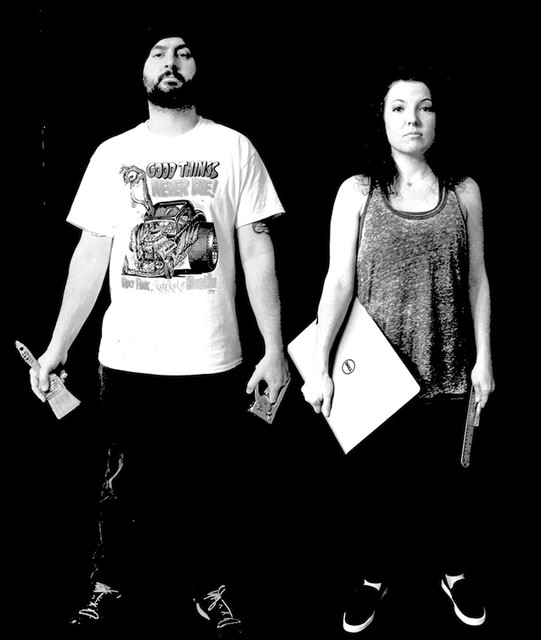 John and Amber Stidham of Hogansville, shown in this promotional photo for their upcoming exhibit Isolation, will display their works at The Suffering Artist gallery in Hogansville starting April 1.

http://lagrangenews.com/wp-content/uploads/sites/37/2016/03/web1_0303Isolation.jpgJohn and Amber Stidham of Hogansville, shown in this promotional photo for their upcoming exhibit Isolation, will display their works at The Suffering Artist gallery in Hogansville starting April 1.

HOGANSVILLE — A Hogansville couple will feature their art in a new gallery in the coming weeks.

John and Amber Stidham’s art will be featured in the upcoming show Isolation, starting April 1 at The Suffering Artist. The exhibit kicks off with an opening reception at 7 p.m.

This exhibition explores the idea of isolation. The artists depict images of abandoned homes, lonely landscapes and tortured souls, said Amber Stedham in a written release.

“These bodies of work examine what it means to be alone, to be creative and to be excited about making art,” she said.

Drawings, paintings and collage work will be for sale.

John Stidham earned an MFA from the University of Georgia in drawing and painting. He currently works in the film industry, painting sets on “The Walking Dead” and recently “Halt and Catch Fire.”

He has taught drawing and painting at the University of Georgia and screen printing at Columbus State University.

Amber Stidham received a BFA in 2006 from The University of West Georgia in Carrollton. Along with numerous juried exhibitions and joint shows, she served on the LaGrange Art Museum executive board of directors 2010-2012.

She was a volunteer art instructor at the West Georgia Cancer Clinic from 2010 to 2013, where she planned and implemented two communitywide art projects, “Body Works” and “Connections.”

John and Amber Stidham married in 2015 and reside in Hogansville.

The Suffering Artist is a new gallery located in downtown Hogansville at 311 E. Main St.

For more information, call the gallery at 706-577-5521 or visit thesufferingartist.com.