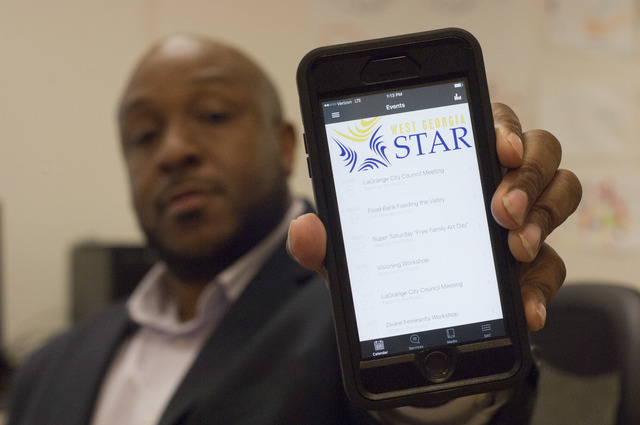 LaGRANGE — A local organization is aiming to connect the community using a new mobile phone app.

West Georgia STAR, the nonprofit arm of the LaGrange Housing Authority, rolled out its new app last week and more than 150 people have downloaded it, according to Chad Cooper, WGS’s operations director.

“One of the things we hear a lot is people saying they didn’t know about community events until after they’ve happened,” he said. “But people always have their phones on them, so we’re hoping the app will help people stay connected with the community.”

Although the app’s target audience is the housing authority’s residents, Cooper said the community at large can benefit from the information the app puts at their fingertips.

“Our goal is to encourage more participation in LaGrange,” Cooper said. “We want people to know about the workshops and City Council meetings and other events happening around town. This won’t solve everything, but it can help bring some awareness.”

The mobile app includes a calendar that features civic gatherings, seminars and other events across the city, as well as resources for housing authority residents to learn more about what’s happening in their neighborhood.

Cooper explained that WGS can send push notifications to people’s phones that can alert them about events or changes to schedules.

“For example, we have an after-school group, and if they’re out on a field trip and are going to be getting back later than expected, we can send out a notification to the parents and let them know,” Cooper said.

Shatevia Culpepper, a programs manager for WGS and an app user, said she’s excited about the software.

“I think it’s going to be very useful, especially with the after school program and parents,” Culpepper said.

She also hopes the app will let people around LaGrange learn about WGS and its mission.

“We have a lot going on in the community, and hopefully the calendar will help people keep up with everything going on,” she said.